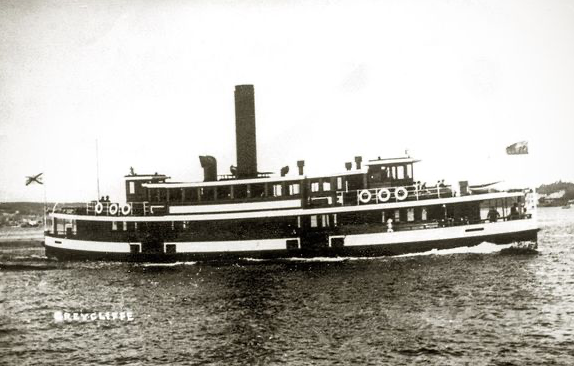 On 3 November 1927  the Sydney ferry Greycliffe was cut in half by the liner RMS Tahiti, killing 40 persons.

The Greycliffe disaster occurred in Sydney Harbour on 3 November 1927 when the harbour ferry Greycliffe and the Union Steamship Company mail steamer Tahiti collided. The smaller ferry was cut in two and sank with the loss of 40 lives, the deadliest incident on Sydney Harbour.Greycliffe was a wooden double-ended screw steamship built for the Watsons Bay run. Originally owned by the Watson's Bay and South Shore Ferry Co. Pty. Ltd, she and her running mates, King Edward, Vaucluse and Woollahra, were taken over by Sydney Ferries Limitedin 1920.

She was of 133 gross tons, on dimensions of 125.0 feet length between perpendiculars x 24.0 feet beam x 9.9 feet depth of hold. She was built at Balmain, Sydney in 1911 by David Drake Ltd. The vessel was powered by a triple-expansion steam engine of 49 nominal horse power made by Campbell & Calderwood that gave a maximum speed of about 12 knots.

A double-ended screw ferry, she had a wheelhouse, rudder and propeller fitted at each end. Weathered white bulwarks ran the length of the vessel at deck level. There were segregated men's and women's saloons on the lower main deck with the men's forward, over the boiler room, and the women's aft over the engine room. Above was an upper promenade deck which also had inside and outside seating. At each end of the upper deck were the wheelhouses. Greycliffe left Circular Quay, Sydney's main ferry terminus, at 4.15pm on Thursday 3 November 1927, with 120 passengers on board, including many schoolchildren returning home. The ferry stopped at Garden Island to pick up dock workers, and then resumed its journey on a course that would have taken it just north of the lighthouse near Shark Island. Its remaining intended stops were to be Nielsen Park, Parsley Bay, Central Wharf (near The Crescent), and Watsons Bay.

On roughly the same course, however, was the liner operated by the Union Steamship Company of New Zealand's outward-bound transpacific Royal Mail Ship, the 7,585-ton RMS Tahiti, three times the length of Greycliffe. Greycliffe was ahead and to starboard of Tahiti. 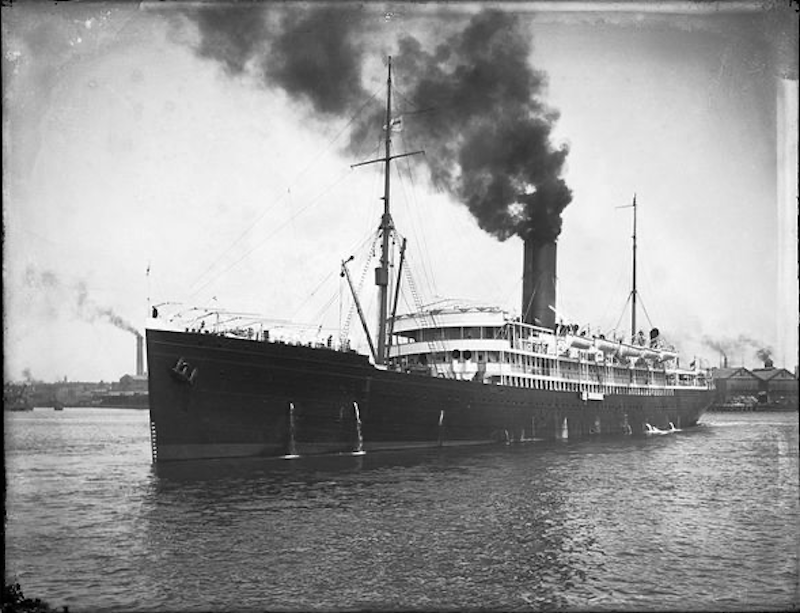 At about half-way between Garden Island and Bradleys Head, Tahiti's bows struck Greycliffe midships on her port side. The small ferry was pushed around perpendicular to the large steamer's bow, and momentarily was pushed along. The ferry began to overturn, and was broken in two, and the steamer sailed through the ferry, which sank immediately. Passengers who were sitting outside had an better chance to escape, while those inside the two cabins—a ladies-only saloon, and a smoking room for men—were trapped. A number of other boats on the harbour witnessed the collision and rescued survivors from the water. 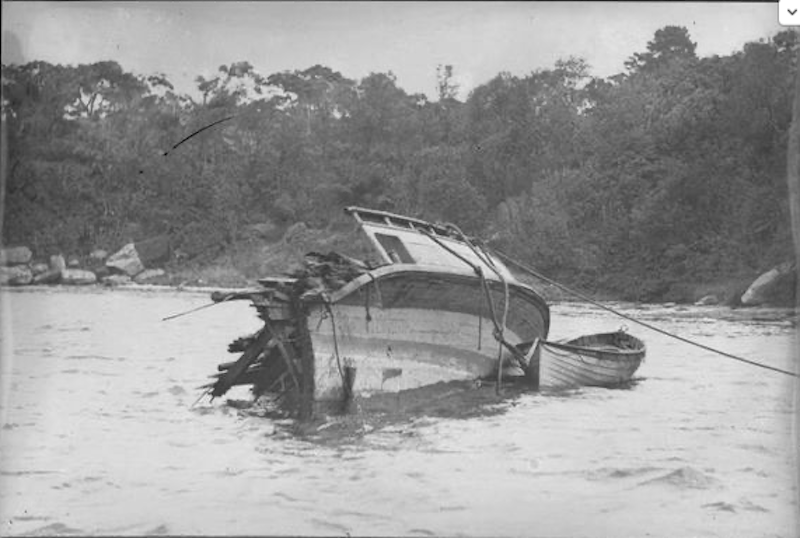 On 15 August 1930, Tahiti′s hull was punctured by a broken propeller shaft while she was at sea between Wellington and Rarotonga. She wallowed for two-and-a-half days before sinking on 17 August 1930 without loss of life.