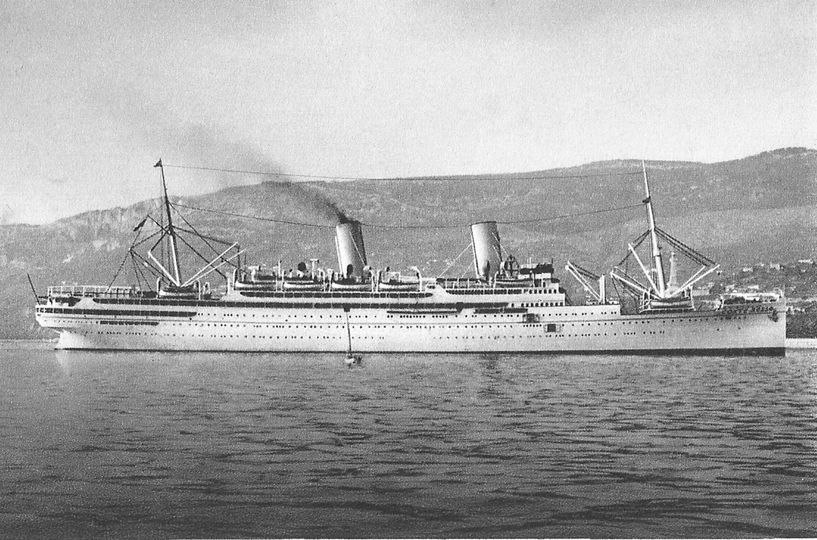 SS Conte Rosso launched in 1921 but stuck after a few yards, delaying the launch by a couple of weeks, completed in 1922 for Lloyd Sabaudo, Genoa...maiden voyage Genoa-Buenos Aires...1932 to newly formed Italia Line...first voyage Trieste-Shanghai...later that year transferred to Lloyd Triestino as pictured...1936 refit with new boilers which increased engine performance and speed...1940 troop transport.

1941 during a voyage to Tripoli as troop transport in a heavily protected convoy and with 2,500 soldiers on board, she was torpedoed and sunk 15 nautical miles east of Syracuse by British submarine Upholder, over 800 dead