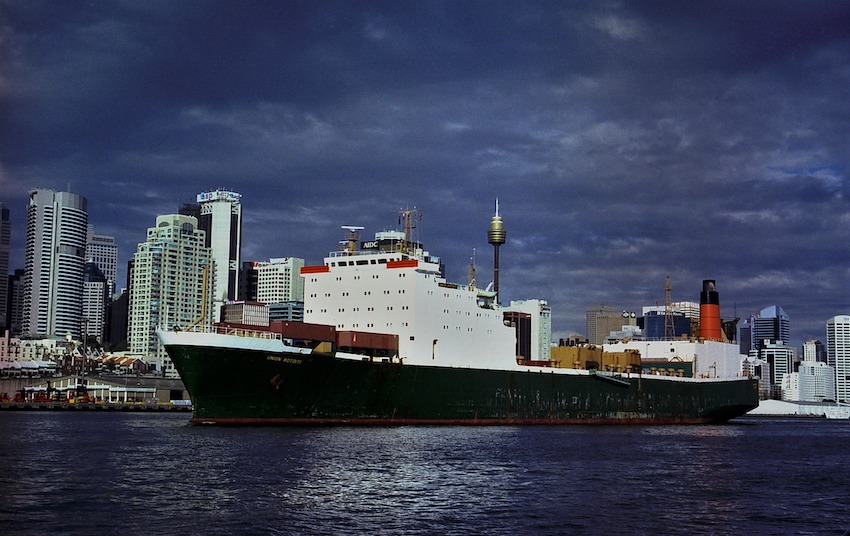 Union Rotoiti of Union SS Co of New Zealand. One of a number of gas turbine merchant ships built in Australia in the mid-70s, nobody gave much thought to fuel costs. The folly was soon realised, with some ships sent to an early grave whilst others, such as this one, were re-powered with diesels.

In fairness, most of the ships were conceived before 1973 when world oil prices shot up.

Source: all at sea  -  Michael Barnes