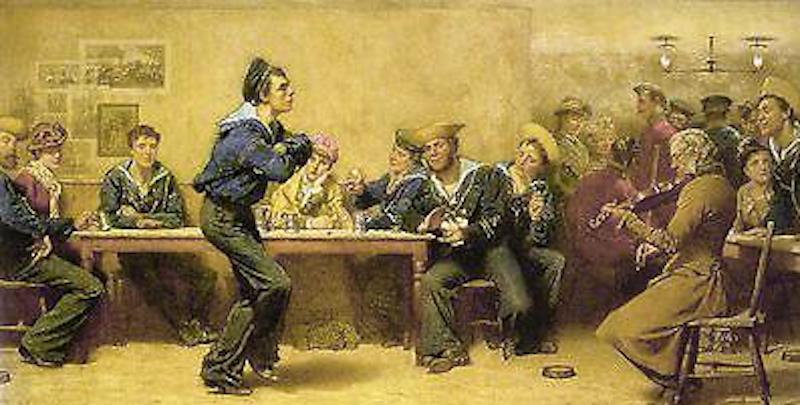 The Sailor’s Hornpipe, also known as “The Jig of the Ship,” “Jack the Lad,” or “Deck Dancing,” is a traditional seafaring dance accompanied by music and it is a significant form of dance as it replicates and performs various ship-based sailor tasks like, climbing, rigging and hauling, that a sailor would complete as part of their on-board daily duties. 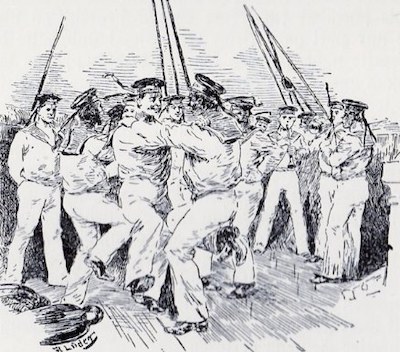 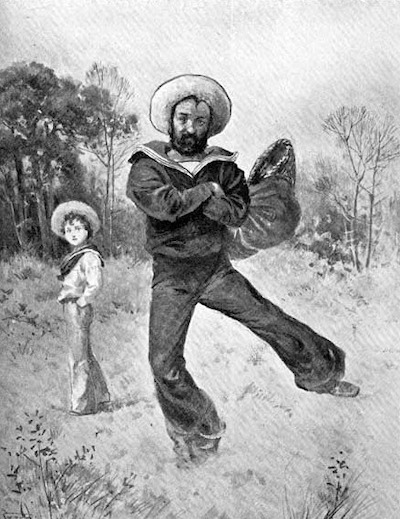 The hornpipe was thus an easy dance to do in groups, or alone, and in small spaces, with the tempo suited to the beat of on-board life and often danced on ships as a way for sailors to maintain physical fitness.

On shore, sailors performed the hornpipe as a way to entertain themselves, often undertaken as part of the revelry of a ‘run ashore’, after a few drinks, to attract the attention of women, or for mere bravado

Source: All at Sea / Faye Bedford