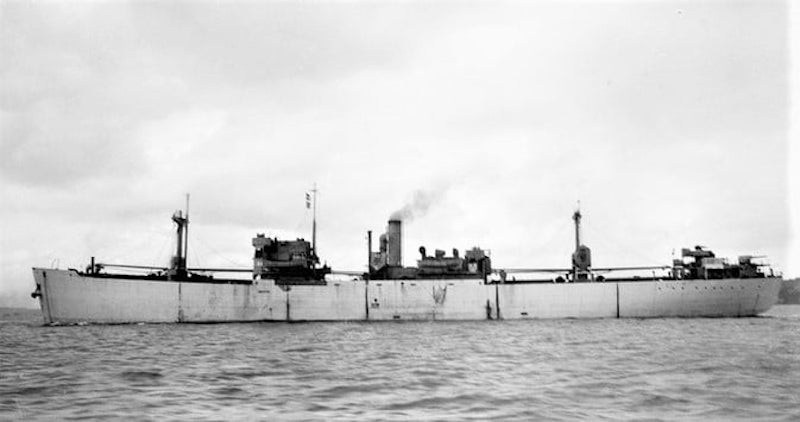 The steamer EMPIRE BARRIE was a standard type built by J L Thompson & Son Ltd, North Sands, Sunderland, to its own design. It was 7168 tons gross, 10,170 tons deadweight, length overall 441.5ft, breadth 57.25 ft, draught 27 ft and fitted with a triple-expansion engine of 2510ihp. Its service speed was 11 knots.

Launched on Jan 17 1942, she was delivered on Apr 15 and left Sunderland the following day to join northbound convoy FN.683 (Southend–Methil); she then proceeded to Liverpool and for her maiden voyage left there on May 1, arriving at New York on May 16.

During the war years, EMPIRE BARRIER went to North America, the Caribbean, West and North Africa and the Persian Gulf. She made two military cargo trips to the Normandy beachhead and during Jan–May 1945 was continuously voyaging from London to Antwerp. She was owned by Ministry of War Transport and her manager from building until mid-1944 was Allan, Black & Co, London. Management from then until autumn 1945 was with Cayzer, Irvine & Co Ltd.

Sold in Dec 1945 to Clan Line Steamers Ltd (manager Cayzer, Irvine), she was renamed CLAN ALPINE. In 1957, she transferred to subsidiary company Bullard, King & Co Ltd, and was renamed UMVOTI for its Natal Line service. She reverted to Clan Line in 1959 and took back its previous name CLAN ALPINE. 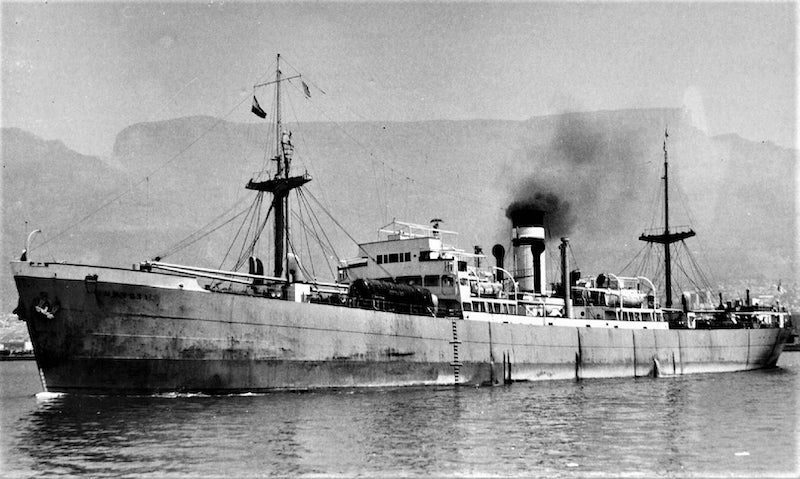 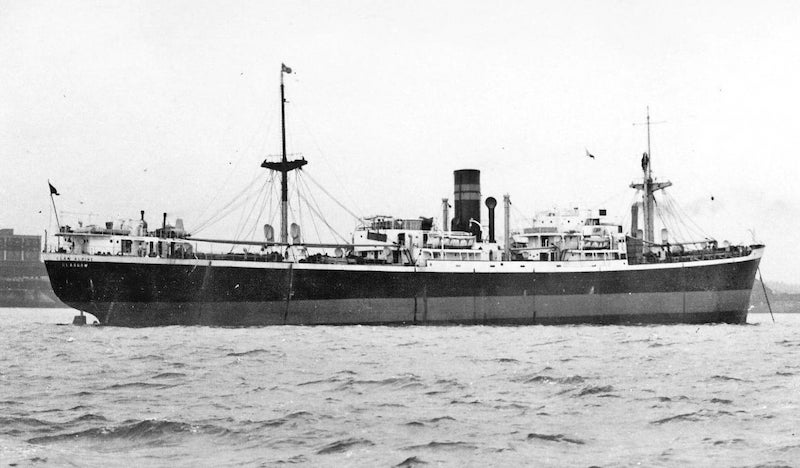 On its last voyage for Clan Line (UK to Chittagong, general cargo), on Oct 31 1960, it was anchored awaiting berth when caught up in a cyclone at Chittagong, broke its moorings, and was driven ashore 11 miles NNW of the entrance to the Chittagong River. It was first reported that it was in a paddy field, but later this was amended to Sonachara Beach, albeit half-a-mile from water sufficiently deep for any hope of refloating. The stranded vessel was declared a constructive total loss and the last of its 2400 tons of cargo was removed on Jan 4 1961. 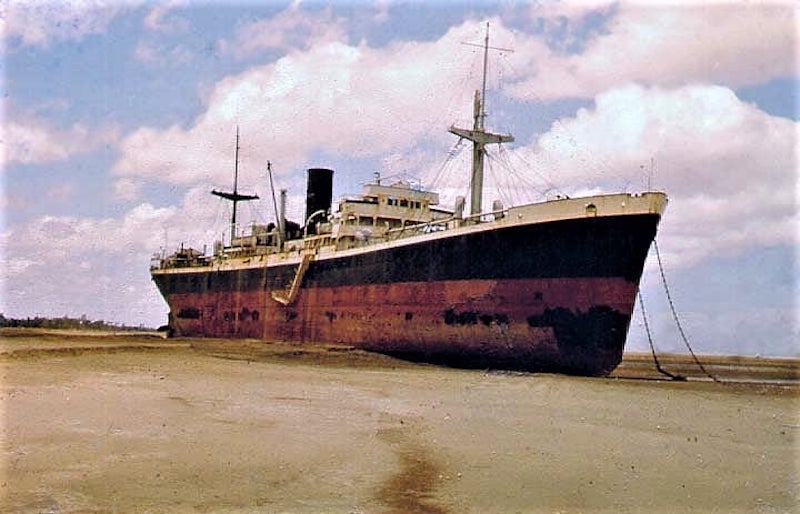 It was sold by insurers on Feb 14 for GBP 50,000 to East Bengal Trading Corp Ltd and dismantling of the wreck was under way soon after. CLAN ALPINE’s next scheduled voyage was intended from Chittagong to Japan … it had already been sold to Japanese breakers for delivery in Nov 1960.

The accompanying images show EMPIRE BARRIE, CLAN ALPINE, UMVOTI and CLAN ALPINE aground. Notably, in the last photograph, the two red bands on the funnel and the name on the bow have been painted out, so it became an anonymous wreck