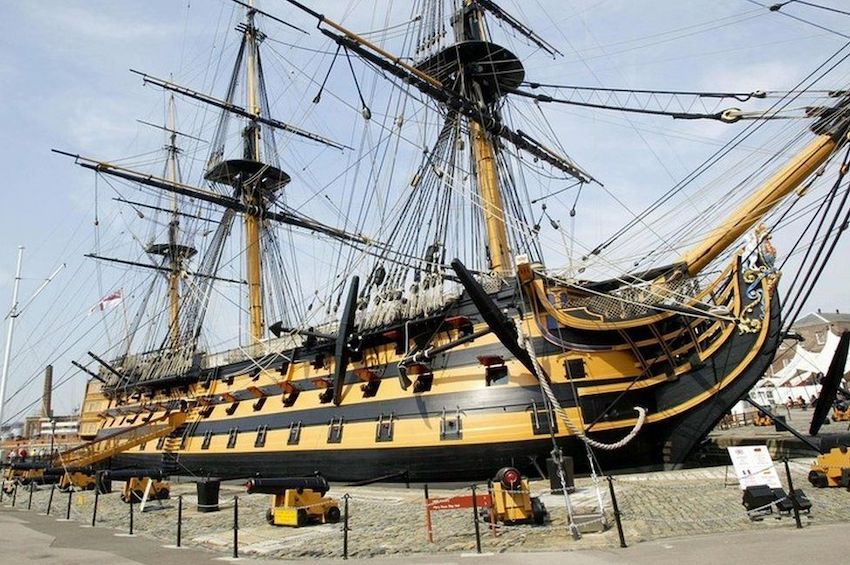 Rotting planks are to be replaced as part of the latest phase of work to renovate Vice-Admiral Lord Nelson's flagship HMS Victory.

The £35m project marks the 100th anniversary of the ship being brought into Portsmouth's dry dock.

It has been undergoing a 20-year conservation scheme, including recently having its mast removed.

The latest work, which will see planks on the hull replaced with new oak, is expected to take 10 to 15 years.

Repairs will also be made to the ship's structural framework, and the vessel, which is the world's oldest commissioned warship, will be fully rerigged.

Portsmouth Historic Dockyard said: "The project will provide visitors with a once-in-a-generation opportunity to see beneath Victory's skin and experience a first-rate line-of-battle ship being taken through a great repair."

On 12 January 1922, the celebrated survivor of the Battle of Trafalgar was towed from its berth in Portsmouth Harbour and secured in the dry dock.

A Save the Victory campaign by the Society for Nautical Research was launched later the same year to secure the flagship for posterity.

It was opened as a museum to the public by King George V in 1928 and has since welcomed more than 30 million visitors.

It has also hosted royal events, and survived a 500lb (227kg) bomb, which was dropped by the German Luftwaffe during World War Two.