Surrender of German U Boats at end of WW1 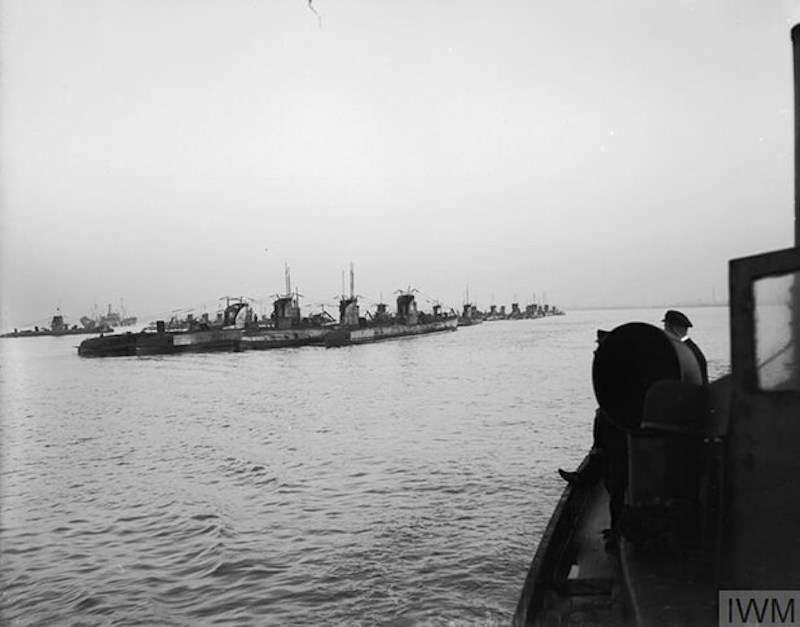 Initially, unrestricted submarine warfare was a success; in March 1917, for example, twenty-five per cent of all British-bound shipping was sunk and the government was eventually forced to introduce rationing and marshall a Women’s Land Army to help feed a nation with only a few weeks supply of grain left.

Ultimately this policy planted the seeds of German defeat as it provoked the Americans into joining the war.

Dozens of German U-boats officially surrendered to the Allied forces shortly after the Armistice in November 1918, to become one of the most unusual tourist attractions ever seen off the Essex coast.

It is estimated up to 200 U-boats, along with various other German ships and support machinery, were escorted by British ships into the River Stour estuary.

The fleet stretched for two miles (3km) down the river outside Parkeston Quay, Harwich. 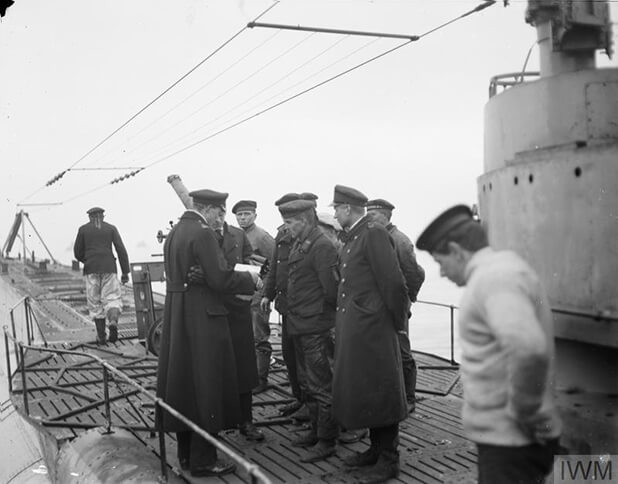 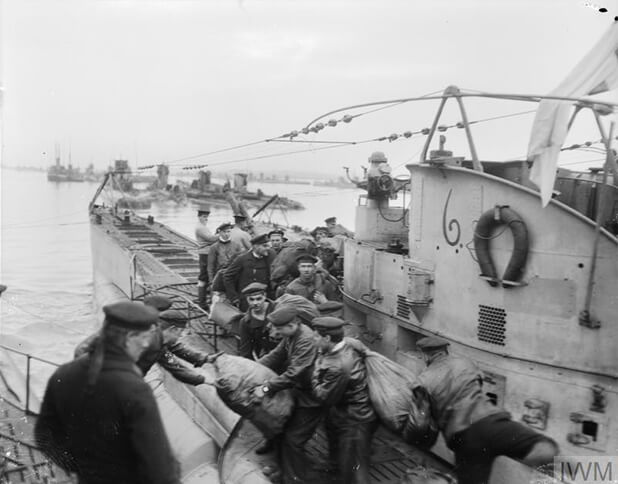 The Harwich Haven is the only natural deep-water harbour between the Thames and the Humber. Its geography means that great navies have gathered here and people and goods have passed through it for centuries. Surprisingly, though, little is made of the recent military history, not least the momentous events at the end of the First World War when an entire fleet of submarines was brought in and sold off, their crews taken back to Germany without coming ashore. The U-Boats started coming in on the 21st November 1918 and they were anchored off Felixstowe until April 1919.

“It was a most impressive sight to me, this long line of over five miles of German submarines steaming peacefully along, and one could scarcely realise that a short week ago, the slightest rumour of one such craft being in the neighbourhood was enough to bring our destroyers tearing up from all sides to hunt him to death…

The German captains were required to sign a paper on which certain conditions were laid down; the drift of these being that their boats were in good running order and ready for sea in all respects, also that no ‘booby traps’ or other such pleasant devices were arranged on board for our reception. Each boat now ran up the White Ensign, and with our prize crew in charge and the Germans fallen in on the foc’sle, proceeded into Harwich Harbour.

There was a certain amount of trouble over this latter condition; the German crews had been heavily bribed to induce them to come and had apparently not been told that they would be taken into a British port under our War Flag, as they call it.  It is a most interesting fact that the majority immediately concluded that they were about to be paraded through the streets of Harwich at the mercy of the inhabitants, after the manner of a sort of ancient Roman triumph.

One can easily imagine what would have been our fate if the conditions had been reversed.”