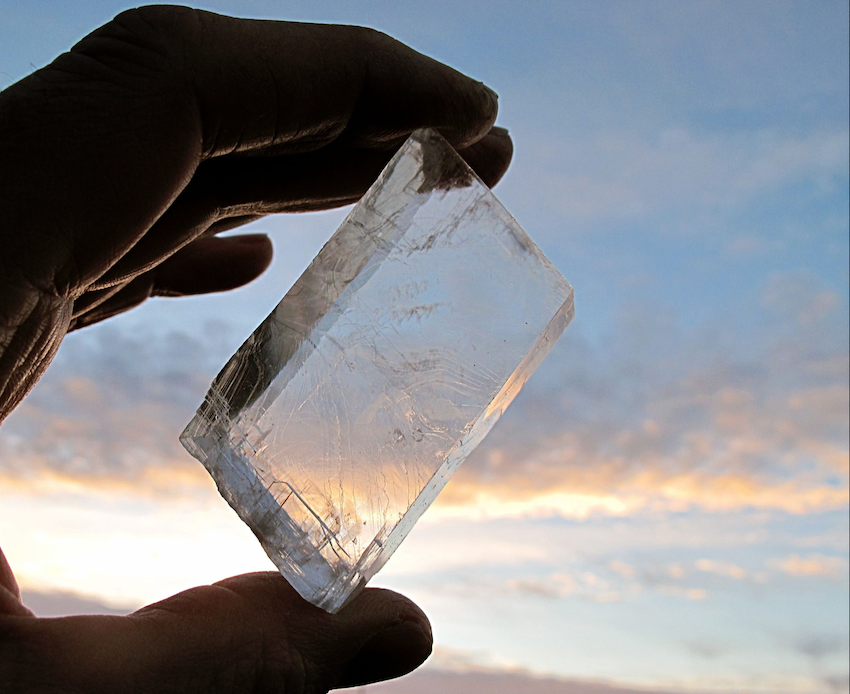 Long celebrated as master shipbuilders and seafarers, the Vikings ruled the waters of the North Atlantic from 900 to 1200 A.D., regularly sailing their longboats for hundreds of miles over open water to their colonies in Iceland and Greenland. On clear days, they used a sundial-like instrument called a sun compass to guide their way, with great accuracy. But scientists have struggled to answer a simple question: How did the Vikings navigate when it was cloudy or foggy?id Vikings Use CTwo Hungarian researchers used computer simulations to bolster a longstanding theory that the Vikings used chunks of crystal known as sunstones to find their way during inclement weather, a backup navigation method that enabled them to dominate the seas for three centuries. 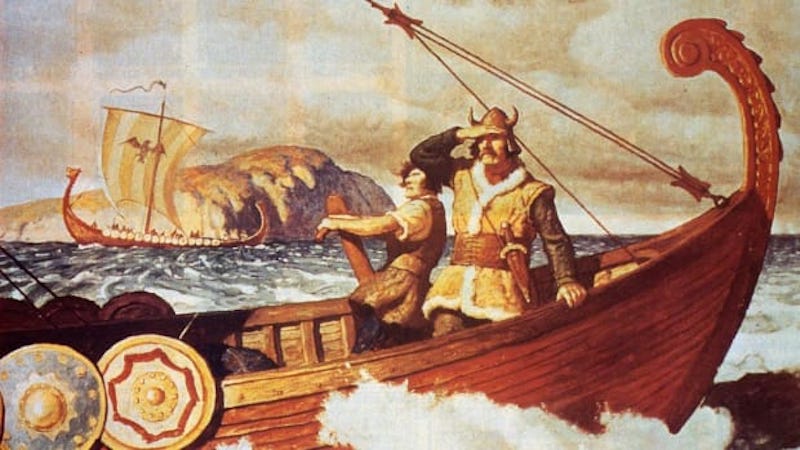 As New Age-y as it sounds, the sunstone navigation technique actually shows up in ancient Viking legends, like “The Saga of King Olaf,” which refer to Viking mariners using a sólarsteinn, or sunstone, on their voyages. And back in 1967, the Washington Post reported, a Danish archaeologist suggested that the Vikings might have followed the sun’s path through the clouds using sunstones

Sunstones work thanks to a phenomenon called polarization. As sunlight passes through the atmosphere, it forms polarized rings, with the sun itself at their center. Some crystals, including calcite, cordierite and tourmaline, can reveal these rings when turned the right way, allowing a navigator to find the sun even on a cloudy day.

In 2013, a calcite crystal (which the Vikings called Iceland spar) was found on a shipwreck in England dating to the 16th century, suggesting English sailors might have learned the navigation technique from their Nordic predecessors. But as no sunstones have ever been found on or near any actual Viking shipwreck, many historians dismissed the idea as more myth than reality.

In their study, published in the journal Royal Society Open Science, Dénes Száz and Gábor Horváth from Eötvös Loránd University in Budapest simulated thousands of voyages made by a Viking ship from a single point in Norway to a single point in Greenland using sunstones for navigation, under highly varying weather conditions. After running the simulation some 36,000 times, they found that as long as a simulated Viking mariner used a cordierite crystal to find the sun every three hours (at minimum), he could navigate between 92.2 to 100 percent accuracy.

That’s just the best-case scenario, and the study’s results varied greatly, as its authors admit. “Nobody knows what the Vikings’ navigation practices were,” Horváth told the Post. He suggested that they might have relied not just on sunstones but on a variety of navigation techniques, including spotting familiar islands, tracking wave patterns and observing the paths of migrating whales.

In their simulations, Horváth and Száz found that if Vikings used another crystal—calcite—and only checked it once every four hours or more, their ship would miss Greenland completely and sail on past it, all the way to Canada. Which raises the question: Did Leif Eriksson have a chunk of Iceland spar to thank for making it to North America 500 years before Columbus?