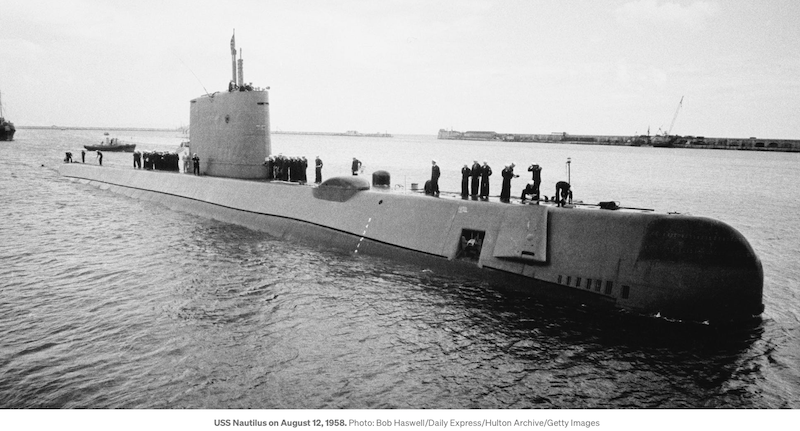 January 22 was the 67th anniversary of the launch of the USS Nautilus, the world’s first nuclear-powered submarine.

Launched in 1954, Nautilus broke multiple speed, depth, and travel distance records, with a radical new design that marked the arrival of the nuclear age.

Nuclear-powered submarines have a number of advantages over their diesel-electric counterparts.They can stay submerged at deep depths indefinitely, can sail at maximum speeds for longer, and can operate for years without refueling. (Modern diesel-electric subs running on batteries can be quieter than older nuclear-powered boats, however.) Moreover, nuclear-powered subs’ ability to carry submarine-launched ballistic missiles (SLMBs) make them one of the most threatening weapons in service.

The US Navy has operated no less than 19 classes of nuclear-powered submarines since Nautilus’ introduction.

Displacing 4,092 tons, Nautilus was 323 feet long, 27 feet wide, and armed with six torpedo tubes. It was capable of sailing at over 20 knots on and below the surface and of diving to 700 feet.

Nautilus was the first vessel to reach the geographic North Pole, and the first submarine to make the entire journey submerged — fully opening the Arctic as a theater of warfare for submarines.

Though an attack submarine, it was also an experimental vessel, which was one reason it was the only ship of its class and saw no major action. This was also the case for its successor, USS Seawolf, though Seawolf did tap on Soviet underwater communication lines during Operation Ivy Bells.
Seawolf and Nautilus were followed by 11 classes of SSNs, each with unique features. 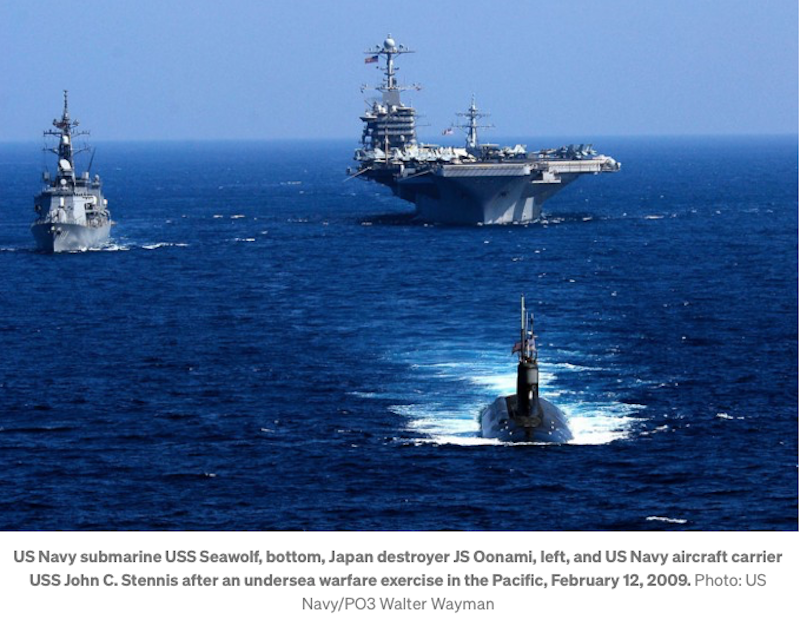 These classes went through extensive modifications and upgrades that enabled them to conduct both anti-ship and anti-submarine warfare missions with dozens of torpedoes and missiles.

Some were also modified to assist in intelligence gathering and special-operations missions, receiving electronic equipment and dry deck shelters for deploying Navy SEALs.

Nuclear ballistic-missile submarines
Seven years after the launch of Nautilus, the US Navy adopted the UGM-27 Polaris SLBM, once again changing submarine warfare and presenting a new nuclear threat to the world.

Nuclear-powered ballistic-missile submarines, designated SSBNs, can launch nuclear missiles while underwater. This, combined with nuclear reactors that allow them to remain submerged almost anywhere on earth for extended periods, make them a massive threat.

The Navy’s first missile submarines were five subs built or refitted between 1953 and 1960 that could launch Regulus nuclear-capable cruise missiles from their decks, but they had to surface to do so, and only one, the USS Halibut, was nuclear-powered. 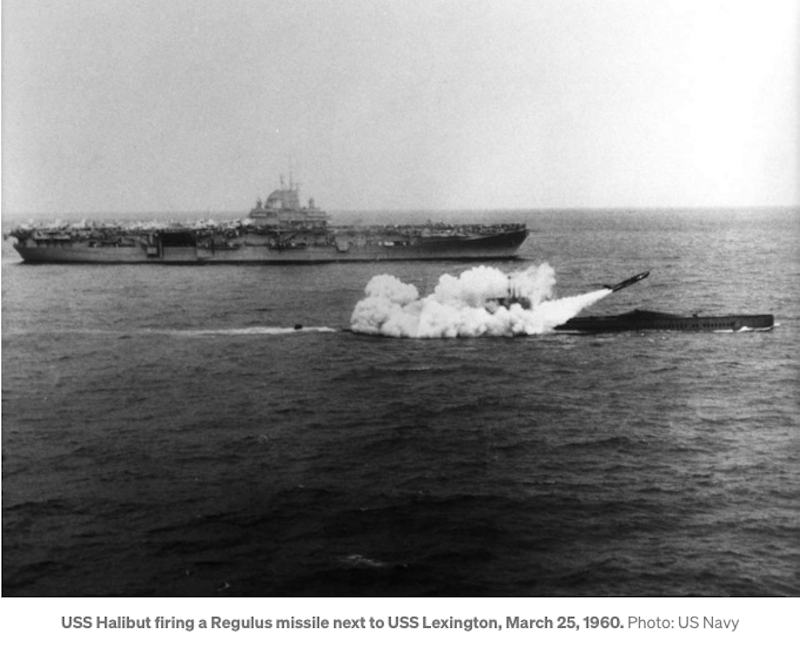 The Regulus subs were seen as a stepping stone to the SSBN, of which the Navy has operated six classes.

The George Washington and Ethan Allen classes had five boats, while the Lafayette class had nine. The James Madison, Benjamin Franklin, and Ohio classes had 10, 12, and 18 respectively.

The first five classes were part of the “41 for Freedom” program, an effort to get at least 41 SSBNs into service as fast as possible. Those vessels were commissioned between 1959 and 1967, each carrying at least 16 missiles.

USS Ethan Allen is the only SSBN to have launched a live nuclear missile, which it did in the Frigate Bird test during Operation Dominic in 1962.