Lost Ship Rediscovered After Disappearing Near Bermuda Triangle 95 Years Ago 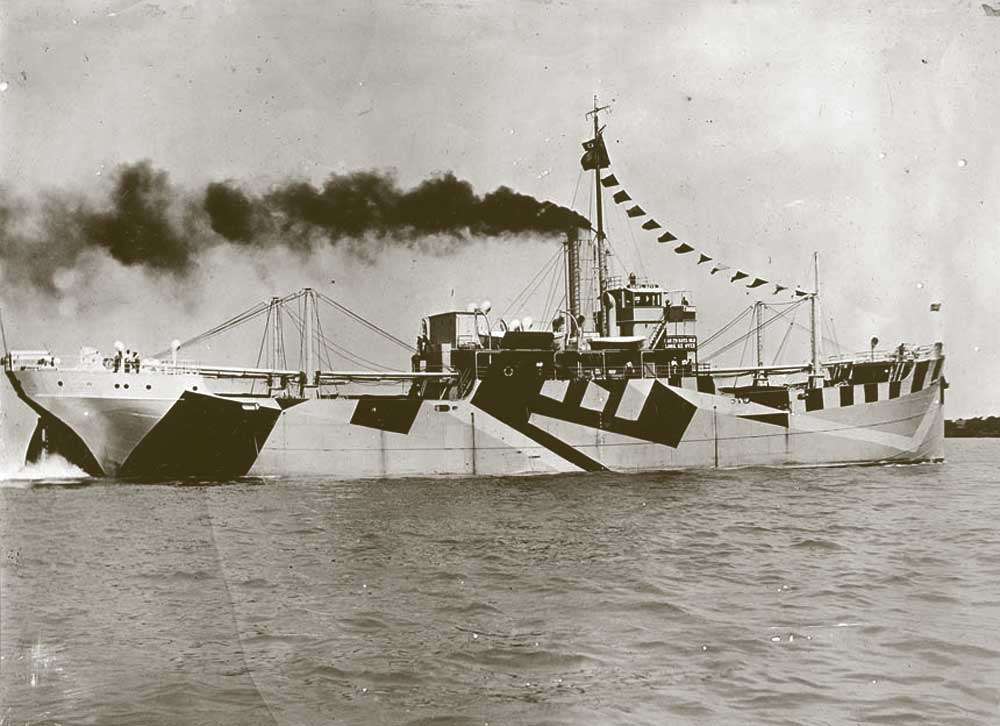 On November 29, 1925, the S.S. Cotopaxi set sail from Charleston, South Carolina, with a cargo of coal and a crew of 32. Charting a course for Havana, Cuba, the ship ran afoul of a tropical storm brewing near the Bermuda Triangle two days later and promptly disappeared.

Now, nearly a century later, a team of shipwreck hunters says it has finally identified the battered boat’s remains off the coast of St. Augustine, Florida, putting to bed decades of myths, ghost stories and seafaring lore that inevitably sprung up in the interim. The group’s underwater quest will be featured in the February 9 premiere of the Science Channel’s “Shipwreck Secrets” series.

“It was incredibly exciting,” Michael Barnette, a marine biologist at the National Oceanic and Atmospheric Administration (NOAA) who helped find the wreck, tells the Huffington Post’s Ed Mazza via email. “I’ve done a countless number of shipwreck dives but this one truly stood out.”

The discovery comes with an ironic twist: Researchers actually unknowingly homed in on the S.S. Cotopaxi’s marine graveyard nearly 35 years ago. The site, called Bear Wreck by fishers and divers, had long been known to contain a sunken ship, but scientists had struggled to pinpoint the vessel’s identity. Then, some 15 years ago, Barnette began exploring Bear Wreck in earnest, building off of the hunch that it seemed to fit the circumstances of the Cotopaxi’s untimely end. Still, he says to CNN’s David Williams, the site lacked any sort of “smoking gun.”

Barnette adds, “We didn’t have a bell with a name on it, or anything like that.”

The marine biologist’s biggest breakthrough actually came on land, when he and his colleagues began to dig through court records, insurance paperwork and historical documents filed around the time of the ship’s disappearance. The coordinates of the ship’s probable route, as well as written descriptions of the machinery on board, lined up neatly with the location and array of artifacts found at Bear Wreck. But one of the biggest clinchers manifested when British historian Guy Walters stumbled across a mention of a forgotten distress signal sent from the Cotopaxi on December 1, 1925, just a few dozen miles from the Florida shoreline.

From there, a probable story fell into place. Operating under harsh financial pressures, the ship likely left port ill-equipped to tussle with a tropical tempest, explains Barnette to USA Today’s Joel Shannon. In line with this theory, the team’s underwater excavations showed that even before the wreck, the vessel’s wooden hatch covers, intended to protect the cargo holds below deck from water, were in a state of disrepair. Hit by a monstrous, fast-moving storm near St. Augustine’s shallow waters, the already-fragile Cotopaxi and its crew probably met a swift but terrible end. The situation went from “bad to catastrophic in very short order,” Barnette tells CNN.

“When I saw the research [Barnette] did, I was pretty impressed,” says Chuck Meide, director of the museum’s St. Augustine Lighthouse Maritime Archaeological Program (LAMP), to CNN. “He had done a lot of archival research, and he had the plans of the Cotopaxi and he had the court records of the relatives of the crew that perished in the incident, who sued the owner of the company.”

What definitely didn’t play a role in the ship’s sinking is the infamous spook of the nearby Bermuda Triangle, whose boundaries lie in the vicinity of Bear Wreck. Over the years, the Cotopaxi has been one of many vessels tied to the region, which has fueled speculation on supernatural forces that have managed to “vanish” scores of ships and planes.
Most of these tall tales have been debunked, and when push comes to shove, the area doesn’t actually seem to be a hotspot for mysterious disappearances, according to NOAA.

Because the ocean blankets about 70 percent of the planet’s surface, things are bound to go missing every once in a while. But there’s a silver lining, too: If the Cotopaxi is any evidence, these lost vessels do occasionally reappear.