Why mega-ships are mega risks for marine insurers 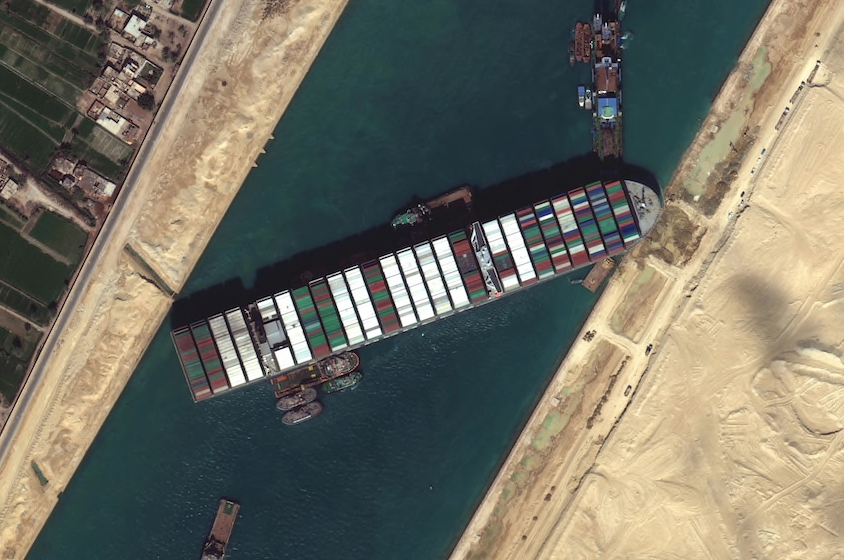 The blocking of the Suez Canal by the Ever Given container ship in March shows that ever-increasing vessel sizes continue to pose a disproportionately large risk, said marine insurer Allianz Global Corporate & Specialty SE (AGCS). On Mar. 23, 2021, the massive container ship EVER GIVEN ran aground, crashing into a bank of a single-lane stretch of the Suez Canal, one of the most used shipping lanes in the world. It turned sideways and block traffic in the canal in both directions. The incident was the latest in a growing list of incidents involving large vessels or mega-ships that break the 20,000 teu (twenty-foot equivalent unit) mark, a unit of measurement used to determine cargo capacity for container ships and terminals. “Capacity of container ship vessels alone has increased by 1,500% over 50 years and has more than doubled over the past 15 years,” AGCS said in its Safety & Shipping Review 2021 report, released Aug. 4.

“Larger vessels present unique risks. Responding to incidents is more complex and expensive,” Captain Nitin Chopra, senior marine risk consultant at AGCS, said in a press release. “Approach channels to existing ports may have been dredged deeper and berths and wharfs extended to accommodate large vessels but the overall size of ports has remained the same. As a result, a ‘miss’ can turn into a ‘hit’ more often for the ultra-large container vessels.”
If the EVER GIVEN had not been freed, salvage would have required the lengthy process of unloading some 18,000 containers via specialist crane, AGCS reported. The wreck removal of the large car carrier Golden Ray, which capsized in U.S. waters in 2019 with more than 4,000 vehicles on it, has taken over a year-and-a-half and cost several hundreds of millions of dollars, the insurer added.

EVER GIVEN is one of the largest container ships in service in the world. The incident caused huge delays to hundreds of vessels waiting to transit the canal, which connects the Red and Mediterranean seas. The blockage was estimated to have affected an estimated $9 billion of goods each day, or about 12% of total world trade. Larger vessels means larger exposures, AGCS said. For example, the number of fires on board large vessels has increased significantly in recent years. There was a record 40 cargo-related fires alone in 2019. Across all vessel types, the number of fires/explosions resulting in total losses increased again in 2020, hitting a four-year high of 10. Fires often start in containers, which can be the result of non- or mis-declaration of hazardous cargo such as chemicals and batteries. Improperly packed and stowed cargo can ignite and/or complicate detection and firefighting, AGCS said in the report.

“Major incidents have shown container fires can easily get out of control and result in the crew abandoning the vessel on safety grounds, thus increasing the size of loss.” Loss of containers at sea also spiked last year, with over 3,000. The trend is continuing this year, disrupting supply chains and posing a potential pollution and navigation risk. “The number lost is the worst in seven years,” AGCS reported. “Larger vessels, more extreme weather, a surge in freight rates and mis-declared cargo weights (leading to container stack collapse), as well as the surge in demand for consumer goods may all be contributing to this increase. There are growing questions about how containers are secured on board ships.

”The good news it that overall, the international shipping industry continued its long-term positive safety trend over the past year, with the number of shipping incidents (losses and casualties over 100 gross tons) declining slightly year-over-year. In 2020, 49 total losses of vessels were reported globally (including one near Newfoundland), similar to a year earlier (48). “This represents a 50% decline over 10 years,” AGCS, noting that there were 98 total losses in 2011.Foundered (sunk/submerged) was the main cause of total losses over the past year, accounting for one in two vessels. Machinery damage/failure was the top cause of shipping incidents globally, accounting for 40%.