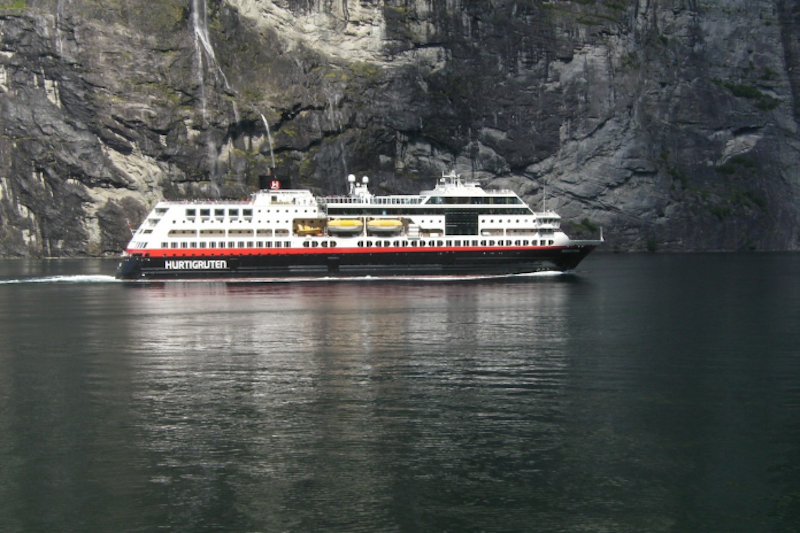 Norwegian expedition cruise company Hurtigruten has confirmed plans to power its ships with fuel made from dead fish and other organic waste.

As informed, Hurtigruten and compatriot firm Biokraft have signed a 7.5-year liquefied biogas (LBG) supply deal which is said to be the largest ever contract of its kind involving a shipping operator.

The partnership includes near-daily delivery of biogas produced from organic waste to Hurtigruten ships, the first cruise ships in the world to be powered by fossil-free LBG.

“This is a large and significant move for Hurtigruten, for Biokraft, for green solutions in the global shipping industry, and most importantly, for the environment,” Daniel Skjeldam, Hurtigruten CEO, commented.

Hurtigruten intends to replace conventional engines with gas-powered engines and large battery packs on at least six of its ships by 2021. The hybrid ships will run on a combination of clean electric power, liquefied natural gas (LNG) and LBG.

As explained, LBG can be mixed with and used on same tanks and engines as LNG, taking advantage of existing infrastructure and technology.

Hurtigruten has also embarked on a newbuilding program comprising three hybrid cruise ships. The first of them, Roald Amundsen, will join the company this year.

“We are proud to partner with Hurtigruten and see this as a major step towards green and sustainable shipping. It is very encouraging to see that Hurtigruten once again proves their stance…, setting an example by … being the company that is introducing biogas as fuel in the shipping industry,” Håvard Wollan, Biokraft CEO, said. Renewable biogas is a clean source of energy, considered the most eco-friendly fuel currently available. Biogas is already used as fuel in small parts of the transport sector. “What others see as a problem, we see as a resource and a solution. While other operators are running on cheap, polluting heavy fuel oil, our ships will literally be powered by nature. Biogas is the greenest fuel in shipping, a no-brainer for us, and a huge advantage for the environment. We would love other cruise companies to follow,” Skjeldam added.

Biokraft describes the Hurtigruten deal “a groundbreaking change for the future of the shipping and cruise industry”.

“Waste can be profitably transformed into high quality clean renewable fuel, that can move buses or trucks, and as Hurtigruten shows, power cruise ships. From our production of biogas, we also get large amounts of renewable biofertilizer, an important contribution to more sustainable food production,” Wollan further said.

In 2018, Biokraft completed the construction of the world’s largest factory for the production of LBG in Skogn, Norway. The company managed to ramp up production of LBG towards full capacity, reaching an important milestone in late 2018 by achieving a month-by-month positive EBITDA.

Norway and Northern Europe have large fishery and forestry sectors that produce a steady volume of organic waste. This is ideal for producing LBG as renewable fuel suitable for maritime transportation and heavy transport, according to the parties.