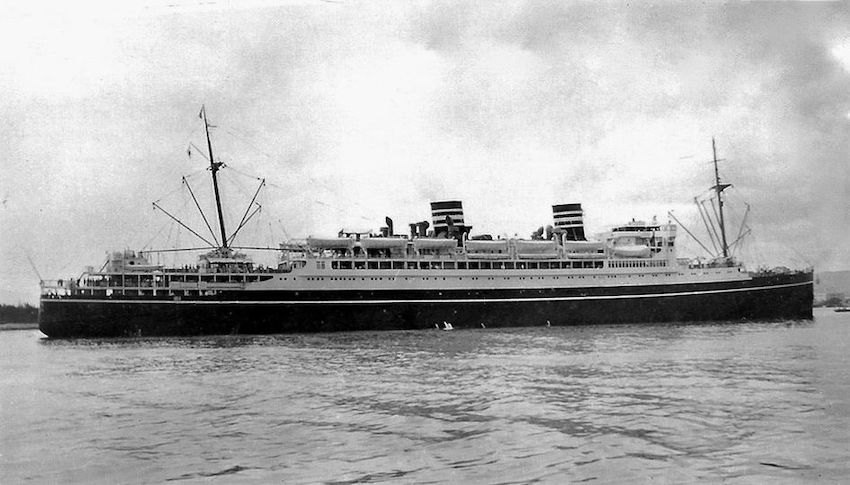 MV Tatsuta Maru launched in 1929 for Nippon Yusen KK, Tokyo, and delivered in 1930, sister ship to MV Asama Maru completed the year before...maiden voyage Yokohama-San Francisco...1938 transliteration of name changed to Tatuta Maru...1941 taken over by the Japanese Navy and used as transport...1943 in company with Japanese destroyer Yamaguma, she was torpedoed and sunk by US submarine Tarpon 42 nautical miles east of Mikurashima...losses incurred were 1.223 soldiers and passengers and 198 crewmen, and since the attack took place at night and during a gale, no survivors were found.