Endurance at the Bottom of the Sea 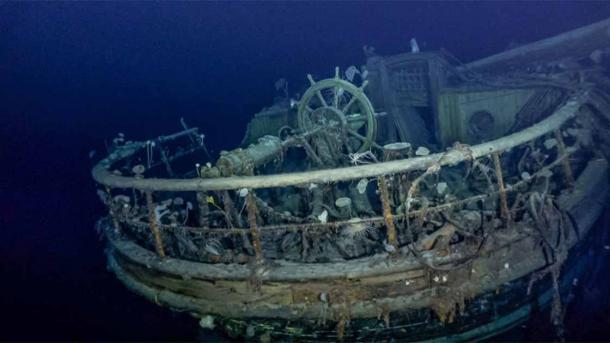 Few archaeological discoveries grab headlines like the discovery of a long-lost shipwreck. 2022 was the year that the long-lost ship of the legendary explorer Ernest Shackleton, the Endurance, was discovered.

The ship first sank off the coast of Antarctica in 1915. Shackleton had hoped to make the first land crossing of Antarctica but his plans were scuppered when his ship became stuck in a dense pack of ice. He and his crew of 28 were left with no choice but to abandon their ship. For the next several months they camped on ice floes which carried them northward until they finally reached the uninhabited Elephant Island.

From there Shackleton and some of his men traveled another 800 miles until they reached the island of South Georgia where they finally found help and managed to rescue the rest of their crew.

Of course, by this time the Endurance, a 144-foot-long, three-masted ship, had run out of endurance and sunk. Over the last century there have been numerous attempts to find it, but the same ice that sank it doomed any attempts. However this year thanks to historically low ice levels, the members of Endurance 22 (a team of devoted historians and underwater explorers) finally managed to find it.

Using a remotely operated submarine the Endurance was found 10,000 feet underwater, around 4.6 miles south of its last estimated position. It turns out the ship is in remarkably good shape, thanks to the frigid sea’s lack of wood-eating parasites. Sadly, it has been deemed unsalvageable as the ship is completely flooded with water. Still, the team’s work is a fascinating look into a long thought lost piece of history