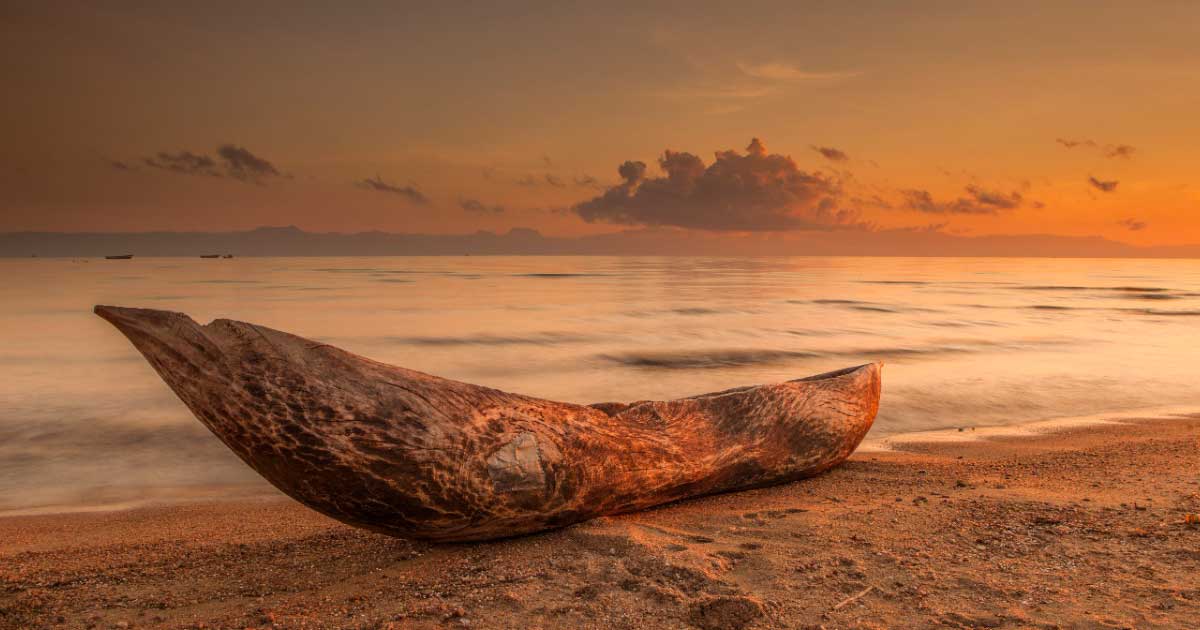 Ample archaeological and geological evidence has now been uncovered that suggests archaic humans were building boats and crossing the Aegean Sea as long as 450,000 years ago, the authors of a new article in Quaternary International report. This is well before modern humans evolved and migrated to Europe from Africa, meaning these ancient sailors from the Middle Pleistocene (Chibanian) period belonged to a different hominin species altogether (most likely Homo erectus , one of the more immediate ancestors of Homo sapiens ).

The study that led to this intriguing conclusion was carried out by a team of Greek scientists from the Oceanus Lab at the University of Patras. Their interest in the question was sparked by the discovery of ancient, prehistoric tools in the Aegean Islands , which span the expanse of the Mediterranean (the Aegean Sea is an arm of the Mediterranean) that separates Europe (Greece) from Asia (Turkey).
These tools belonged to the ancient Acheulean tool industry, which was created by Homo erectus approximately 1.7 million years ago and is most closely associated with that hominin species. Assuming these tools were left by this long extinct cousin of modern humans, it would seem that Homo erectus must have settled on the Aegean Islands hundreds of thousands of years ago

But these bodies of land are islands, which means they would have been accessible exclusively by boat or raft. And that means Homo erectus , an allegedly primitive precursor of modern humans that disappeared from the Earth more than 100,000 years ago , must have discovered how to build water-borne craft long before humans would have been around to come up with the idea.
Notably, Acheulean tools linked to Homo erectus sites have been found in Greece and Turkey, dating back to 1.2 million years ago. This would of course be expected if Homo erectus groups indigenous to the region had eventually decided to make their way across the sea to the mysterious islands they’d spotted on distant horizons.

“The human species likes to explore new places, and we know they had visibility, they could see that perhaps there was a better place to find the resources they needed: food, water and stone,” said Maria Gkioni, the lead archaeologist in the new study, in an interview with Haaratz.

In other words, the presence of the islands would have given archaic settlers a strong motivation to develop floating craft that could be guided across the ocean and landed on those virgin shores.

There Were No Landbridges, the Aegean islands have Always Been Islands
In response to the discovery of Acheulean tools on many Aegean Islands, some scientists have offered a different explanation of how ancient tool builders arrived there. They posit that people could have reached these destinations on foot during past Ice Ages, when sea levels were much lower and land bridges that connected the islands to the Greek or Turkish mainland may have emerged from the now-uncovered ocean floor.
For the purposes of this study, the Greek scientists from the Oceanus Lab decided to test the viability of this theory. They used geological data taken from ancient river deltas in the region to track changes in sea level over the past 450,000 years (it was impossible to trace them back any further). They also analyzed the long-term subsidence (sinking) rate of the various Aegean Islands, using theories from plate tectonic science to estimate how much higher or lower the islands would have been in the past.

Relying on this methodology, the scientists were able to detect the geological signature of five ancient Ice Ages that alternated with five warmer periods. During the most severe of these glacial periods sea levels in the area dropped by as much as 225 meters (739ft).
But despite this extreme change, over the course of the last 450,000 years the nearest Aegean Islands were never closer than three miles from Greek or Turkish shores. Observers standing on the beaches of those locations would have been able to see the islands across the waters, but they would have had no way to get there—and carry tools and other supplies there—unless they could travel on some type of raft or boat.
The inescapable conclusion of this new study is that Homo erectus must have arrived on the Aegean Islands at least 450,000 years ago, and possibly long before that.

It was notable that artifacts were found throughout the Aegean Islands, and not just on locations closest to the Eurasian land mass.
For example, on the small outer island of Gavdos, which is 22 miles (36 kilometers) south of Crete, and separated from that large island by waters that are up to 1.5 miles (2.5 kilometers) deep, Acheulean tools were unearthed in abundance. There were even tools found from later cultures associated with modern humans and Neanderthals, showing that hominin species had routinely traveled to the Aegean Islands over a period of hundreds of thousands of years.

The Astonishing Travels of Archaic Hominins, the First Sailors
The archaic sailors who reached the Aegean Islands were not the first of their kind. Evidence collected on islands in the South Pacific seems to show that Homo erectus , and likely other archaic human species as well, traveled by boat to facilitate settlement in that region even before they began spreading across the Aegean. 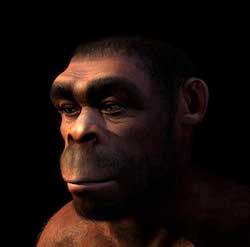 Fossil discoveries on the Indonesian island of Flores have included specimens connected to an extinct hobbit-like hominin known as Homo floresiensis , which would have evolved from other hominins ( perhaps not Homo erectus ) that arrived in the island at least 800,000 years ago. Meanwhile, in the Philippines, scientists uncovered the fossilized remnants of a previously undiscovered hominin known as Homo luzonensis , which was apparently living there 700,000 years ago. This species also could have evolved from another hominin, like Homo erectus , that came to the islands much earlier.

University of Patras geologist George Ferentinos, who led the geological part of the new study, is intrigued by artifact evidence that shows Homo erectus was living on the Iberian Peninsula (modern-day Spain and Portugal) one million years ago. Earlier discoveries of Homo erectus tools in Western and Eastern Europe reveal a later arrival in those regions, meaning Homo erectus must have reached Spain from Africa before moving northward and eastward to populate more of the European continent.

This is explainable if these ancient hominins were also ancient mariners, capable of crossing from Northern Africa to Spain by sea.
“Traditionally we think Erectus only left Africa through the Sinai Peninsula and then the Levant, but then we have to ask ourselves how they got to Spain before reaching the rest of Europe,” Ferentinos said. “The most plausible solution is that they crossed at Gibraltar. I think we need to rethink what we know about human dispersal not just in Greece, but around the world.”