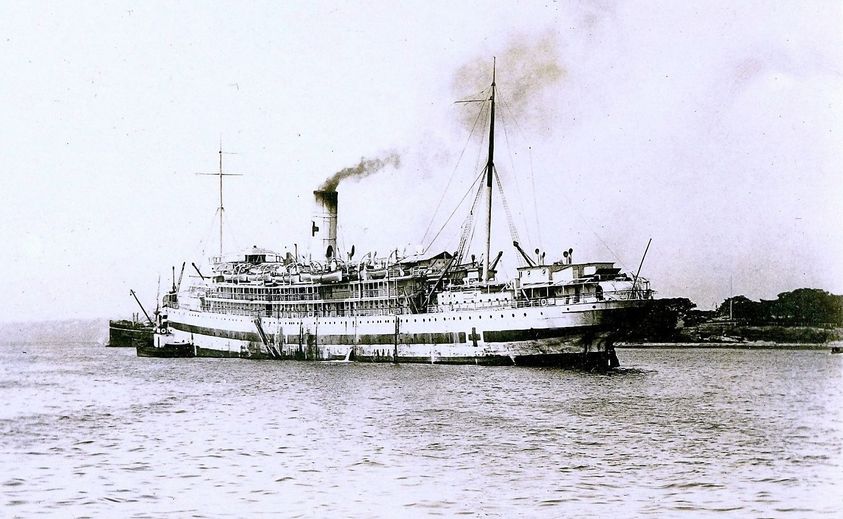 The Australian Hospital Ship HMAHS KANOWNA in Farm Cove during World War One.

Built in 1903 for the Australian United Steam Navigation Co. KANOWNA was a popular passenger ship on the Australian coastal routes until requisitioned by the Government early in WWI. She served initially as a Troop Ship then later a Hospital Ship operating between Australia and England.

Following the war KANOWNA resumed her passenger role until February 1929 when she struck rocks off Wilson’s Promontory, where her wreck still lies.