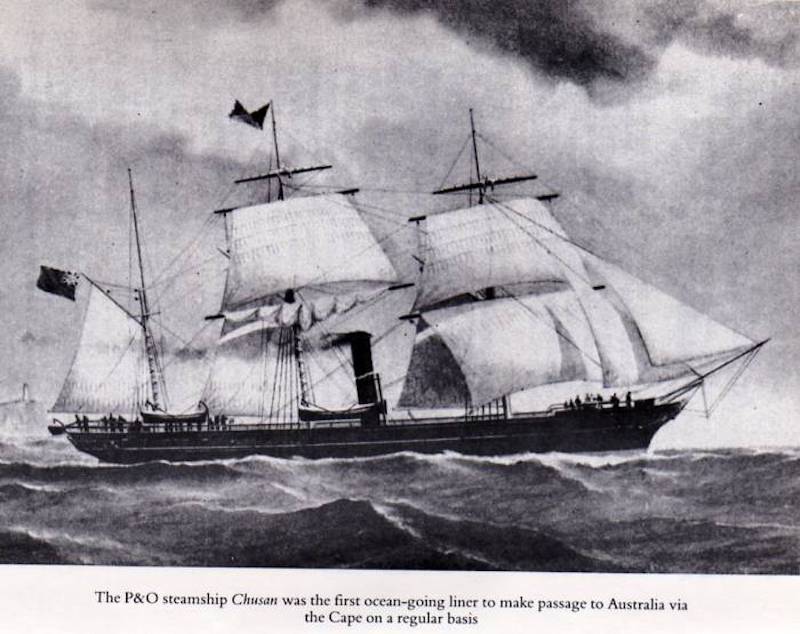 Under the command of Captain Henry Down RNR, Chusan was the first P. and O. steamship to operate a regular mail ship service between the United Kingdom and Australia, via Singapore. 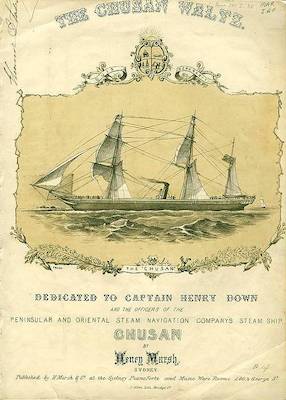 She was also only the second steamship to trade in Australian waters, the first being the paddle-wheeler Sophia Jane in 1831.

Under contract to the Chancellor of the Exchequer, the inaugural voyage left Southampton on 15th May 1852, reaching Sydney on the 3rd August, where her arrival was greeted by large crowds at the dock.

A subscription ball and supper was arranged, and a specially composed 'Chusan Waltz' marked the occasion in fine style