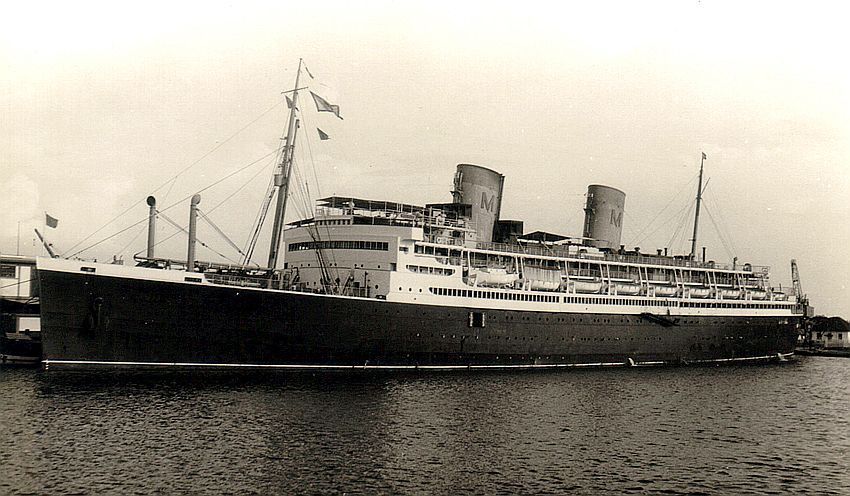 On November 21, 1927, Maton Line's SS Malolo (the Hawaiian word for "Flying Fish") was welcomed on her maiden arrival in Honolulu, Hawaii, by 20,000 spectators and 16 war canoes. The paint scoured off of her bow was a common in sign of a maiden arrival.

Designers, including William Francis Gibbs, had positioned Malolo's lifeboats a couple of decks lower than was customary at the time, foreshadowing modern cruise ship design. A later refit would bump them up a couple of decks to make room for more cabins.

Earlier in the year of Malolo's maiden voyage, Matson had opened the Royal Hawaiian Hotel, a luxury tropical resort built on Waikiki Beach to serve the liner's passengers. 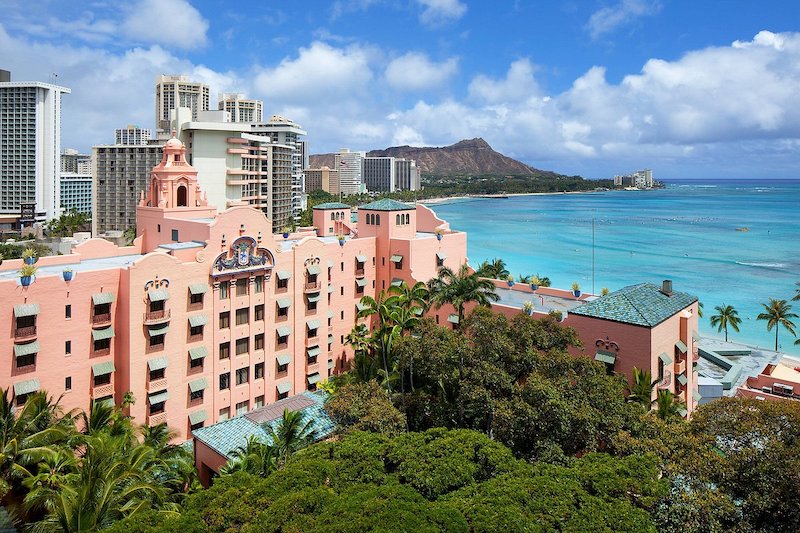 Today, Matson's passenger ships are long gone. However, the sprawling, Spanish/Moorish styled "Pink Palace" still reigns over 15 lush acres of Waikiki.
Assuming that a new 50-year land lease can be successfully negotiated with landowners, the Kamehameha Schools, the historic Royal Hawaiian Hotel will celebrate its 100th birthday in 2027.