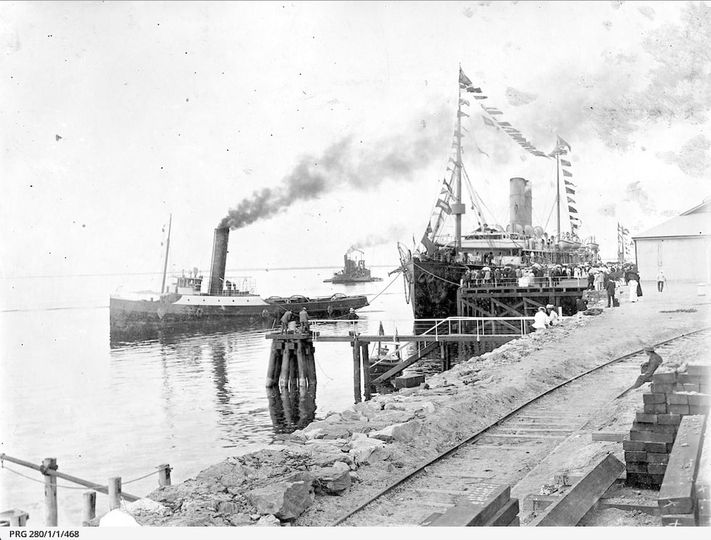 Outer Harbor was established at the beginning of the 20th century, due to the increasing size of ships and the length of time it took to sail up the Port River to the inner harbour of Port Adelaide.

Image - The Orient-Royal mail steamer Oruba berthed at Outer Harbor, Port Adelaide, on 16 January 1908. R.M.S. Oruba was the first mail steamer to berth at the new wharf. The tug Wato is standing off Oruba's starboard bow.