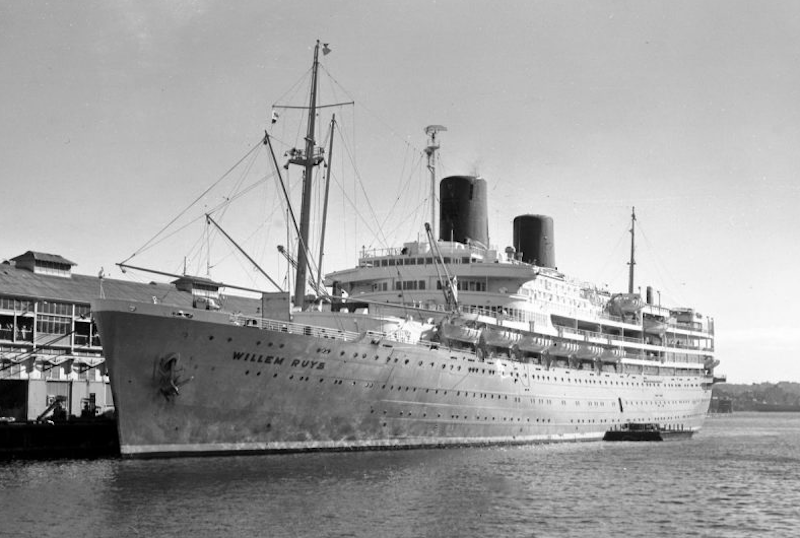 On their East India service Nederlandsche SB Mij  introduced the Oranje in 1939. Her maiden voyage to Indonesia had been very popular, and now the Rotterdamsche Lloyd needed to compete with a similar liner on the same route.

In January 1939 the keel of a 20,000 gross ton liner was laid at the De Schelde shipyard in Vlissingen for Rotterdamsche Lloyd. However, the outbreak of war later that year halted the construction of the ship. While still on the slipway, the Germans bombed the future liner, and they subsequently took her over and continued construction for themselves. But continued construction was frequently sabotaged by the Dutch resistance, and stopped by Royal Air Force bombing. Eventually, the Germans abandoned the ship, who seemed to have no other future than a trip to the scrappers. For the rest of the war, the devastated hull remained undisturbed.

When peace returned to Europe, Rotterdamsche Lloyd decided to put the liner in service despite the damage she had suffered during the past years. The completion was considered a national priority. And so, on July 1, 1946 the ship was launched and christened Willem Ruys after the founder of the Rotterdamsche Lloyd. It took until November 21, 1947 until the vessel had been completed, and on December 2, 1947 she set out on her maiden voyage from Rotterdam to Indonesia. By now, Holland’s Queen Wilhelmina had granted the company a ‘royal prefix’ for its services during the war, thus becoming Royal Rotterdam Lloyd.

The Willem Ruys became a popular ship on the Indonesia service – Rotterdamsche Lloyd had succeeded in creating a worthy rival to the Oranje.
But the Willem Ruys’ success depended much on the Dutch relationship with Indonesia. This group of islands had been a Dutch colony since the 17th century, but in 1949 the area gained its independence. This greatly reduced the passenger traffic between the Netherlands and Indonesia. The Willem Ruys became less successful, and it was considered to move her to the more profitable North Atlantic run.

In January 1953 whilst on route from Jakarta to Rotterdam Willem Ruys collided with Oranje off Port Sudan. The two ships intended passing close on the port side as a display for passengers but Oranje’s movement became confused by a tanker close by. Willem Ruy’s starboard side was badly damaged with a hole two metres wide and three metres high above the waterline and a crack five metres long in the stern. Willem Ruys was able to reach Port Said under it’s own power. 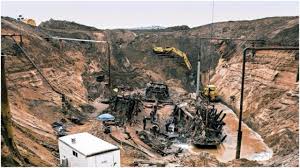 After the Willem Ruys had served for some time on the New York run, she was put on the Canadian service and later on the route to New Zealand via the Suez Canal. Before she entered the New Zealand route, she had been rebuilt by Wilton-Fijenoord to fit in the round the world service.

Because of a heavy drop in passenger traffic, the Willem Ruys was sold in 1965 to the Italian shipping company Lauro Line and renamed Achille Lauro