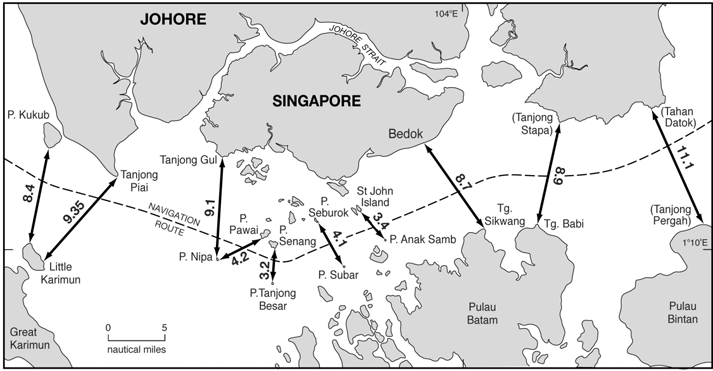 The Singapore Strait is becoming a growing hotspot for piracy and armed robbery incidents aboard ships – with its rising number of cases now accounting for nearly two-thirds of all incidents in Asia.

The Strait – a vital lane for global shipping – saw 55 robbery incidents last year, up from 49 in 2021, according to a report from the Regional Cooperation Agreement on Combating Piracy and Armed Robbery against Ships in Asia (ReCAAP) Information Sharing Centre.

Many of the vessels were cargo ships, although most of the incidents consisted of petty theft rather than armed robbery. “The perpetrators were not armed and crew not injured. However, as the perpetrators [have not been] arrested, incidents can continue to occur,” said the report.

The Strait of Malacca and Singapore form one of the most important shipping waterways in the world – as they provide the shortest shipping link between the Indian Ocean and the Pacific Ocean.

Across Asia there were 84 incidents of piracy and armed robbery against ships in 2022. Of these 80 were robberies and four were attempted robberies. The most serious case involved an armed man opening fire on a fishing boat in the South China Sea, shooting a crew member in his foot. Three other incidents of armed robbery took place on bulk carriers in the Singapore Strait. In one case crew were threatened by a man with a pistol and in other cases were tied up and robbed by men armed with knives.In 21 of the incidents overall perpetrators carried weapons, mostly knives or machetes, although weapons also included an axe, hammer, rod and steel bar.

The report called on local law enforcement agencies to enhance surveillance and increase patrols to protect vessels from the threat of piracy.In 2022 Bangladesh – which had seen no incidents in 2021 – saw five incidents. In Malaysia, two incidents were reported in 2022 compared to one in 2021.