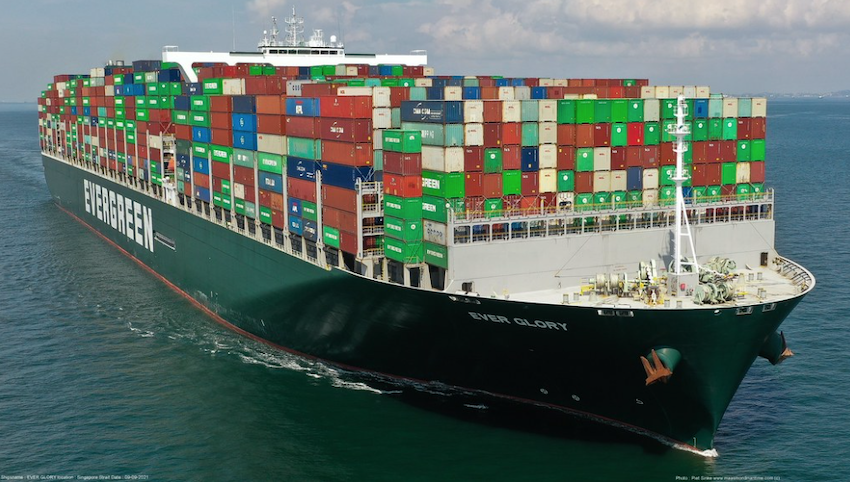 Evergreen Marine Corp and Yang Ming Marine Transport Corp. this year granted substantially large year-end bonuses to employees given strong profits, despite a decline in shipping rates this quarter. Evergreen Marine, the nation’s largest container shipping company, distributed year-end bonuses of as much as 52 months wages to some of its employees yesterday, higher than the 40 months it offered last year, the Chinese-language Liberty Times (sister newspaper of the Taipei Times), reported.

Most employees were rewarded with year-end bonuses ranging from 10 to 45 months of wages, while those demonstrating superior job performances received the equivalent of 52 months of salary, the report said. Evergreen declined to confirm the report or answer questions about the bonuses. It only said that each employee was compensated based on their performance. Evergreen reported a net profit of NT$304.35 billion (US$9.91 billion) during the first three quarters of the year, up 92 percent year-on-year, or earning per share of NT$68.88, corporate data showed. Evergreen’s local rival, Yang Ming Marine, planned to reward its employees with up to 13 months of their monthly salary, the Liberty Times reported yesterday.

The shipper’s net profit surged 51 percent year-on-year to NT$165.85 billion in the first three quarters of the year. The company’s earnings per share were NT$46.97, up from NT$32.42 a year earlier, corporate data showed.

The shipping companies said that the significant revenue growth was a result of rising freight rates amid labor shortages and congestion at ports around the world amid the COVID-19 pandemic.