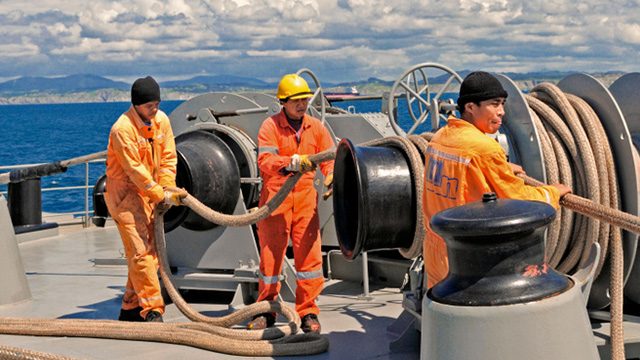 If this ban goes through, it’s poised to rock an industry that’s been struggling for years. Deutsche Welle reports the ban is being considered after an audit by the European Maritime Safety Agency. European regulators found that maritime education institutions in the Philippines didn’t meet standards set by the International Convention on Standards of Training, Certification and Watchkeeping for Seafarers.

If the European Commission decides to take action, the European Union will no longer recognize competency certifications issued in the Philippines. Current certificates would be recognized until they expire, which could be at most five years from now. The blame for non-compliance has been put on the Philippine government.

Edwin Dela Cruz, from Philippine migrant rights group Migrante International, told Deutsche Welle: “The government has depended on private educational institutions to provide maritime education, but has not provided them with sufficient subsidies to upgrade their facilities to align with international standards. The government makes so much money from seafarers. They need to at least provide them with up-to-date training and not stopgap measures.”

According to the Philippine Central Bank, seafarers sent over $6 billion home to the Philippines as they worked on vessels registered in countries around the world. It was in the Philippine government’s best interest to keep its private institutions in compliance. Now, hundreds of thousands of sailors could lose their jobs and the global shipping industry could lose a huge portion of the labor force that keeps it running.