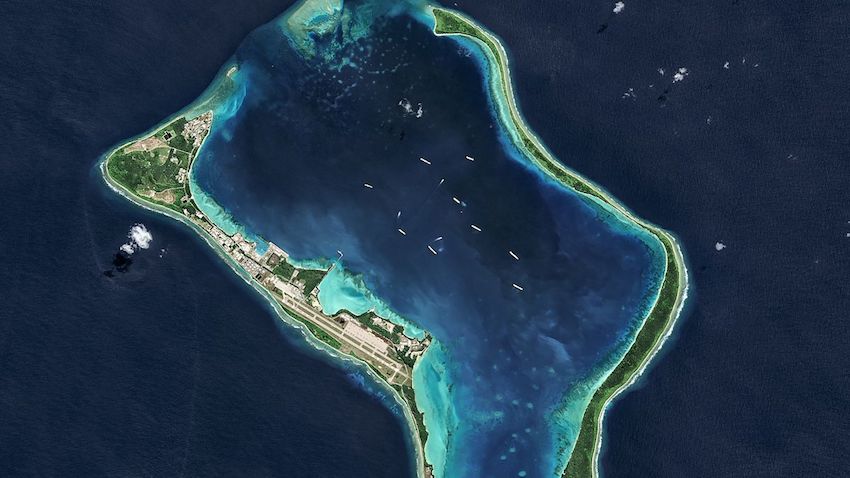 The United Kingdom is on the cusp of returning one of its last colonies to its native inhabitants, but national security experts say the move could have dire consequences for the US, which leases a Navy base from the Brits on one of the islands.

The Chagos Archipelago is made up of about 60 islands located about 1,500 miles south of India, a position that offers the base on the island of Diego Garcia a strategic advantage due to its proximity to the Middle East and South Asia.

“This is an important story with strategic implications,” RAND Corporation senior international defense analyst Timothy Heath told The Post. “Diego Garcia … is a very valuable basing facility due to its location in the Indian Ocean. The US does not have great access outside of Diego Garcia in that part of the world.”

The UK last month began negotiations with the island nation of Mauritius over the sovereignty of the Chagos Archipelago, which has been a British possession since 1814.

“Through negotiations, taking into account relevant legal proceedings, it is our intention to secure an agreement on the basis of international law to resolve all outstanding issues, including those relating to the former inhabitants of the Chagos Archipelago,” UK Foreign Secretary James Cleverly said at the time. While Cleverly vowed that “any agreement” reached with Mauritius will “ensure the continued effective operation” of the Diego Garcia base, Heath warns “those terms can always change” – especially with outside influence.
“Over time someday, the government [could] demand a renegotiation of the terms and as a result, the US and Brits could be denied access altogether, so this is a risk,” he said.

The biggest fear is that China, whose influence has grown in the region due to state-backed investment, might attempt to pay Mauritius for access to the islands — or worse, to have its Western adversaries booted from Diego Garcia.

"They could use their money to persuade the government of the Mauritius islands to simply eject, over time, the British and Americans and either use those islands for themselves — or perhaps allow the Chinese to build a dual-use facility,” Heath said.

Mauritius was formally part of the Chagos Archipelago until Britain legally separated it from the group in 1965 and granted its independence three years later. That’s when Britain also began forcibly removing Chagos inhabitants to build the military facility that it has leased to the US ever since.
Many of the displaced residents moved to Mauritius, which challenged the UK’s sovereignty over the island chain in the International Court of Justice at the Hague in 2019. The court ruled that Britain’s continued rule over the island chain was illegal, but the UK dismissed the decision as non-binding.
It’s the same logic that China used after the same court in 2016 ruled that Beijing did not have sovereignty over the Spratly Islands in the South China Sea. The West — including the UK — has repeatedly criticized China for not accepting that ruling. That places extra pressure on Britain to give up the Chagos islands and appear as a responsible power that will respect the international court’s decisions.

Diego Garcia is a key launching point for US Navy aircraft and ships. For the first five years after the US invasion of Afghanistan in 2001, the Pentagon kept bomber squadrons on the island to assist troops there. Its importance also grew after the US gave up Bagram Air Base in its withdrawal from the war-torn country last year.

“Diego Garcia enables the United States to support operations that demonstrate our shared commitment to regional stability, provide a rapid response to crises and provide a counter to some of the most challenging threats in modern times,” a State Department spokesperson told The Post.
But the Chagos islands’ location in the Indian Ocean is also appetizing to China, which imports much of its oil from the Middle East using routes that cut through those waters, known as Beijing’s “Maritime Silk Road.” “The whole Maritime Silk Road is an initiative designed to link the infrastructure and trade of countries along the Indian Ocean out to the Middle East,” Health said. “The reason why the Chinese are interested in building that up is they depend on that maritime route for their energy imports and a lot of their trade.”

China’s influence in the region has grown significantly in recent years, and experts worry Mauritius could fall in hock to Beijing the way other nations have.

“Sri Lanka, for example, is heavily indebted to China and as a consequence has agreed to grant China more access to base facilities or ports,” Heath said. “Something like that could happen in the Mauritius Islands, where Chinese money begins to influence decision making in the government.”

Still, the State Department has not taken a side on whether the UK should give up the islands — at least not publicly. A spokesperson told the Post that The US “welcomes formal talks between the UK and Mauritius” while noting that Diego Garcia “plays a vital role in the Indo-Pacific and global security.”

“We regard the sovereignty dispute as a bilateral matter and support UK-Mauritius engagement to resolve the issue,” the spokesperson said. “The United States recognizes United Kingdom sovereignty over the British Indian Ocean Territory.”

According to Cleverly, Britain and Mauritius are expected to come to an agreement on the status of Chagos “early next year.”