Final Boeing 747 rollout for ‘Queen of the Skies’ 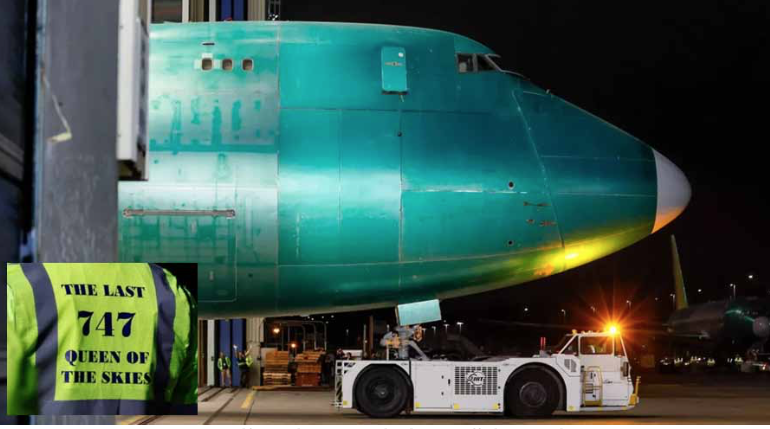 The final 747 jumbo jet rolled out of Boeing’s Everett plant late Tuesday, marking a milestone for both the iconic airplane and the giant assembly plant for which the jet was first built in the late 1960s.

The final 747-8 freighter model will fly to Portland for painting before Christmas and return to Everett early in the New Year. It will undergo standard testing of fuel and other systems and then be inspected by its buyer, the cargo company Atlas Air that purchased Boeing’s last three 747s.

Atlas will take delivery some weeks after its return to Everett and at that point Boeing plans a farewell celebration of its “Queen of the Skies.” The first 747 rolled out at the same airfield on Sept. 30, 1968. With its distinctive humped upper deck, it’s the only airplane many flyers can recognize on first sight.