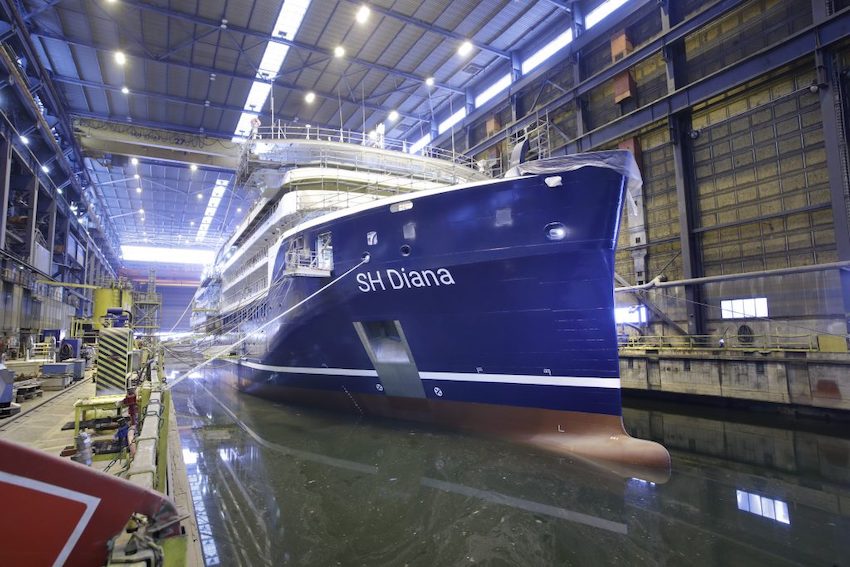 Helsinki Shipyard Oy, having received bids for the auction of NB518 on Monday (Dec12) announced that Swan Hellenic has been awarded the tender.

Helsinki Shipyard has exercised the right to sell the ship by tender, provided for by the shipbuilding contract, after the original buyer failed to take delivery of the ship. The auction ended at midnight on Friday the 9th of December and was satisfactory for Helsinki Shipyard, which analyzed the bids and declared Swan Hellenic the winner.

The Shipyard and Swan Hellenic will now enter into a new agreement for the completion of the vessel, which is scheduled to be delivered to Swan Hellenic in March 2023, in time to start cultural expedition cruises of the Mediterranean from the beginning of April as planned.

Andrea Zito, CEO of Swan Hellenic Limited, said: “We are happy to have secured SH Diana (CruiseMapper), a Polar Class PC6 vessel with state-of-the-art ship technology and sustainability that will enter service as planned in March. We look forward to welcoming our guests aboard SH Diana to experience our cultural expedition cruises in the historic regions for which they were first conceived.

Kim Salmi, Helsinki Shipyard’s CEO says: “The shipyard is satisfied with multiple inquiries and received bids. We are also happy to announce Swan Hellenic as winner of the tender, as it naturally helps next step, the fast agreement and continuation of works for completion of the vessel according to the plan in March”.