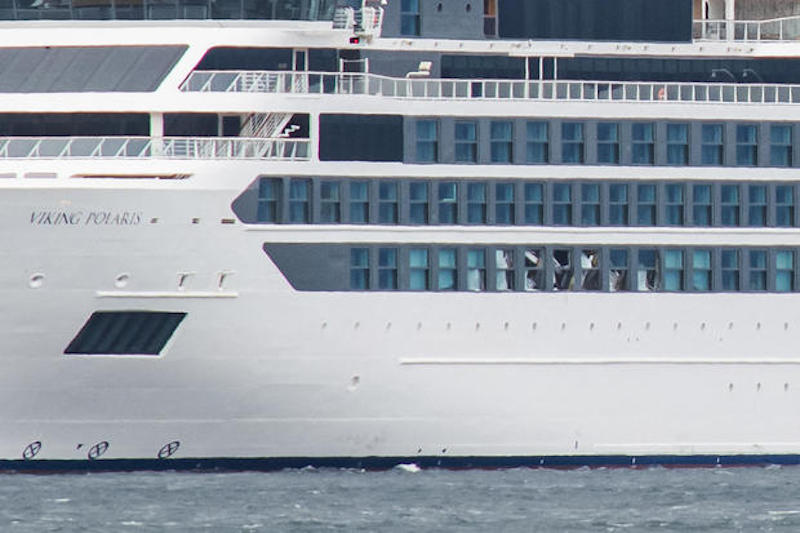 A U.S. woman died and four other passengers were injured when a massive wave smashed into an Antarctic cruise ship during a storm as it sailed off the southernmost tip of South America, officials said Friday. The 62-year-old woman was hit by broken glass when the wave broke cabin windows late Tuesday, Argentine authorities said.

The Viking Polaris cruise ship was sailing toward Ushuaia in Argentina — the main starting point for expeditions to Antarctica — when there was "a rogue wave incident," a representative of the Viking cruise company said in a statement

"It is with great sadness that we confirmed a guest passed away following the incident. We have notified the guest's family and shared our deepest sympathies," the statement said.

Neither the Viking statement nor the Argentine Naval Prefecture identified the woman or her hometown.

In a statement to CBS News, a U.S. State Department spokesperson confirmed the death and offered condolences to the family. "We are offering all appropriate consular assistance," the spokesperson said. "Out of respect for the family during this difficult time, we have no further comment."

Four other tourists "sustained non-life-threatening injuries" and were treated onboard, the cruise line said.

"We wondered if we hit an iceberg," Suzie Gooding, a passenger from North Carolina, told WRAL-TV. "And there are no icebergs out here, but that's how it felt." Gooding told the station that the impact of the wave was "shocking." "Everything was fine until the rogue wave hit, and it was just sudden. Shocking," Gooding said. "We didn't know if we should get our gear ready for abandoning ship."

The ship suffered minor damage and was anchored off Ushuaia, 3,200 kilometers (nearly 2,000 miles) from the capital Buenos Aires, with several windows smashed on the side, AFP journalists reported.

Scientists often refer to rogue waves as extreme storm waves that surge out of nowhere, often in an unpredictable direction, and can look like a steep wall of water, up to twice the size of surrounding waves.

These rare killer waves were once seen as a myth reported by mariners or explorers. The polar explorer Ernest Shackleton wrote in his book of a "gigantic" freak wave he encountered in Antarctica in 1916. However, scientists have learned more about them in recent decades, studying how they emerge and how to predict the wall of water that can surge up even in calm seas.

The Viking Polaris was launched in 2022 and is the newest ship in the company's fleet.

The incident comes two weeks after two tourists died on another Antarctic cruise. The two men, aged 76 and 80, had left the World Explorer ship for an excursion on an inflatable zodiac boat which overturned near the shore.