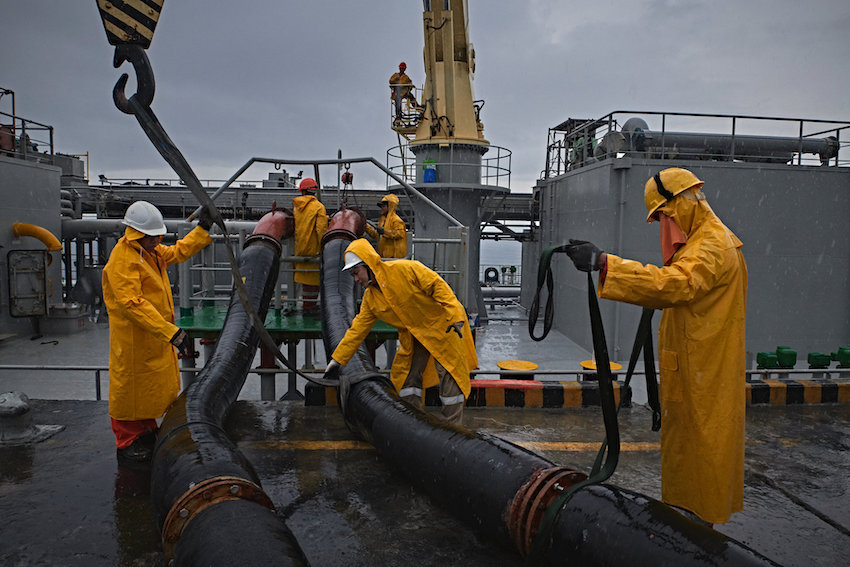 Wilhelmsen Ship Management, a Norwegian manning and fleet management firm, said it is expanding its pool of Filipino seafarers amid plans to transition to low-emission operation and digitalization of world vessels. To meet the future demands of competent crew in operating future ships, Wilhelmsen will be utilizing its training facilities and e-learning platform to upskill their seafarers towards ship decarbonization and digitalization. The ship manager wants to grow its fleet by 60 percent in the next 5 years and will be increasing its pool of Filipino seafarers to support its growth.

“The Philippines remains one of the world’s largest suppliers of seafarers. For 43 years, the country has been a major recruitment pool of highly skilled seafarers for Wilhelmsen. In fact, almost 50 percent of our crew today are Filipinos,” said Anette Bjerke Hoey, the company’s vice president for marine personnel. “In addition to expanding our pool of seafarers, we are determined to equip our local recruits with technical and soft skills competence that is required to operate future ships safely and efficiently.” Wilhelmsen has increased its recruitment of Filipino seafarers by 15 percent and their cadet program has raised its intake of Filipino seafarers by 194 percent in the last five years.

Some 40 percent of its current pool are officer ranks and approximately 2 percent are female officers. The growth in the Filipino seafarer pool is driven by its long-term plans to maintain the Philippines as one of its major recruitment hubs to meet the needs of its expanding fleet in ship management.“Career progression is one area that we are focused on. We have made good progress in developing our Filipino officers to gain experience in highly complex vessel segments like LPG, LNG [liquefied petroleum gas, liquefied natural gas] and cruise. This added vessel segment experience adds significant value in their career growth ahead,” Hoey said.

The International Maritime Organization has decided to reduce green house gas emissions of vessels, with a goal of reducing emissions by 50 percent in 2050. The shipping industry will soon transition its fleet towards low or zero emission fuels. In parallel, the digitalization evolution that took over shipping will continue to intensify and will increasingly play an important role in monitoring emissions. The same trends have shaped the trajectory of future recruitment demands in the next decade. In the near future, ships will be built operating on a variety of low or zero emission fuel such as LNG, methanol, ammonia and hydrogen. It would be a different landscape from what the industry has today that is one type of fuel oil.

These new fuels are different from the current one and require skills and expertise to ensure safe bunkering and operability of new engine types. Digitalization has become all the more important for monitoring emissions. The ability to interpret data into actions is one key skill that is in demand. Seafarers are required to analyze data on dashboards and make use of this information to operate ships.