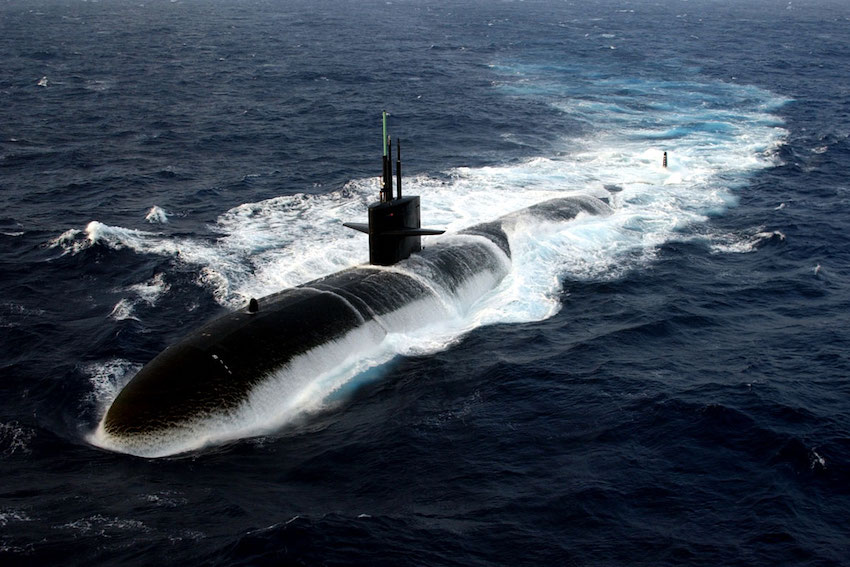 Amid China’s threats to Taiwan, maintenance woes hobble a key weapon in the Indo-Pacific.

The U.S. Navy’s submarine fleet, America’s essential war-fighting instrument in the Indo-Pacific, is about three-fifths the size it should be, chiefly because of maintenance and production delays. This comes amid stepped-up threats to Taiwan by China. Contesting such an assault would require a submarine force at maximum strength. Congress and the White House should act swiftly to integrate private shipyards that repair submarines into the Navy’s maintenance plans. American strategists rarely concern themselves with the material issues that determine victory or defeat. They tend to regard international strategy as a question of will, not means. This takes for granted the traditional and outsize U.S. economic-material advantage.America’s objective in a struggle over Taiwan would be to deny China a rapid victory. The war must become a slog, one that China labors to sustain in a geographically limited form. Generating this situation requires contesting China’s ability to stage an amphibious assault on Taiwan. Submarines would be crucial in such a contest. The U.S. military today lacks the air forces, air defenses, and surface combatants with sufficient range to contest Chinese air control over Taiwan indefinitely, absent an interdiction campaign against the Chinese mainland that the U.S. has signaled it doesn’t wish to wage. Chinese anti-ship and ground-attack missiles, moreover, would cause damage. Recent war games suggest that in defending Taiwan, the U.S. would lose half its active air force and at least one carrier strike group—a collection of warships defending the aircraft carrier and its air wing. In such a scenario, China would lose 150 to 200 warships and tens of thousands of men.

Given Chinese force structure and military objectives, U.S. submarines are the most effective tool to counter an assault on Taiwan. China lacks ground-based aviation with robust antisubmarine capabilities, leaving its military and civilian transports vulnerable to submarine attack. The U.S. has a world-leading attack submarine force of 49 nuclear-powered boats, along with four guided-missile submarines each packed with 154 cruise missiles. In theory, around 42 of these boats should be deployable at a given time, with some 25 to 30 in the Pacific and 10 to 15 in the Atlantic, Mediterranean and Middle East. Normal schedules dictate that at any point 10% of the fleet is in dry dock, under repair or in overhaul.

A major submarine surge to the Indo-Pacific, keeping in mind the U.S. forward-support facilities in Guam, could number about 35 subs. A handful of Japanese and Australian subs could be added to the mix, and perhaps one from Taiwan. Taiwan currently has two aging operational submarines, but its Indigenous Defense Submarine program is promising. That means the PLA would face a 40-plus strong submarine force that can sink transports as they move men and materiel across the Taiwan Strait. That could erode a naval blockade enough to enable an American counterattack. China’s 53 attack submarines, roughly 40 to 45 of them deployable, may have numerical parity, but several are aging, and few have the advanced capabilities of U.S. subs. For China, that would make a Taiwan war a close-run thing.

The U.S. can’t build its way out. On average, it takes American shipyards two years to deliver three subs. Meanwhile, the Navy retires two older Los Angeles-class subs a year owing to wear and tear. The fleet will shrink on average by one submarine every two years until the 2040s, when new subs are delivered in greater numbers than retiring ones. Even with faster delivery and better production capacity, combat damage must be considered. More construction won’t overcome the repair delays at shipyards. In wartime, when those yards are overworked—and possibly targeted—the U.S. submarine fleet likely will shrink even more, and faster, than anticipated. All the while, China will be relying on massive yards with civilian and military production capabilities. These large facilities can repair ships at a pace that gives China an advantage.More resources are necessary for shipyards to bring the U.S. submarine force to the level of preparedness that China’s provocations in the Western Pacific demand. The U.S. should invest in maintenance, extend the life of older submarines, and regularize maintenance so shipyards are ready to work on many subs.The Navy should integrate private shipyards into its repair and maintenance plans. It takes at least a year, more likely several, for a yard to prepare to overhaul several ships at the same time. It is more efficient, financially and temporally, to turn to shipyards that can expand maintenance today, rather than scaling up public yards exclusively.A nation goes to war with the military it has, not the one it will have in five, 10, or 20 years. The executive and legislative branches face a choice between continued inaction and a conflict that calls on the military we wish we had. Mr. Cropsey is founder and president of the Yorktown Institute. He served as a naval officer and as deputy undersecretary of the Navy and is author of “Mayday” and “Seablindness.”