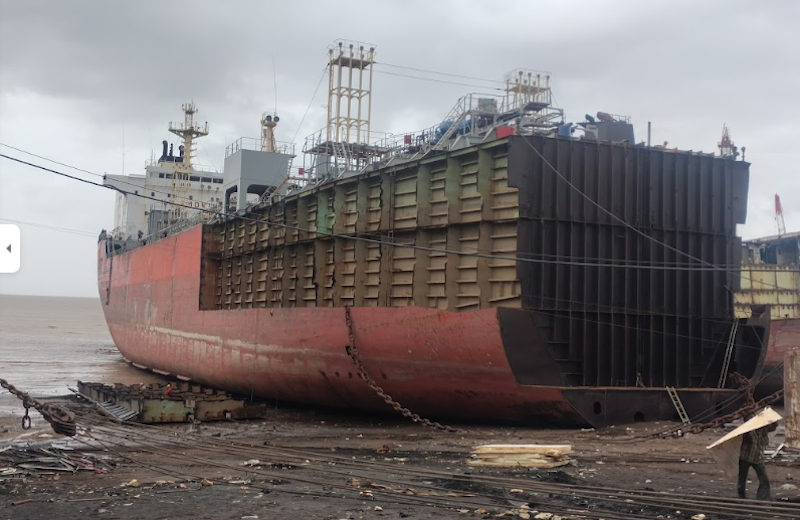 FOR the first time in years, the number of fully cellular container vessels sold for demolition in the first half of 2022 dropped to zero, as recycling sales continue to evolve at historic lows, according to Alphaliner's Weekly Newsletter.

The highly remunerative charter and freight markets, which have prompted both non-operating vessel owners and liner operators to keep trading their older vessels and steer clear of the recycling scene despite attractive demolition prices, are the main cause of this scrapping drought. "The demolition misery observed in the first half of 2022 follows on from already particularly poor recycling figures recorded in 2021, when only nineteen vessels for a total capacity of 16,500 TEU reached the scrapping beaches."Recycling sales in 2021 were sharply down from the 194,500 TEU scrapped in 2020 and well below the 417,000 TEU and 655,000 TEU recycled in 2017 and 2016 respectively," the newsletter said.

Alphaliner expects that containership demolition sales will remain particularly subdued in the second half of 2022, with current full- year estimates of 30,000 TEU likely to be substantially less by the end of the year, and possibly even lower than the 16,500 TEU recycled in 2021. With historically high charter and cargo rates throughout the semester, owners have had little incentive to sell their ships for recycling, despite robust demolition prices. The latter which have oscillated between US$600 and $700 per light displacement ton (ldt) in the Indian Sub-Continent and between$300 to $450 per ldt in Turkey have been particularly strong, but not good enough to convince owners to scrap tonnage.

Alphaliner believes that vessel owners will continue to snub the demolition scene in the coming months as the persistent short supply of tonnage, which could extend until the end of 2022 or early 2023, will continue to support sky-high trading earnings.

However, Alphaliner anticipates that risks of overcapacity will reappear in 2023, with a staggering 2.3 million TEU of newbuild capacity expected to hit the market. The impact for owners and carriers could start being felt more markedly from the second half of the year, prompting a pick-up in demolition sales, which could reach 250,000 TEU for the whole year, Alphaliner forecasts. Recycling sales are expected to rise even more in 2024, as a further 2.8 million TEU of newbuild capacity will hit the market. Alphaliner anticipates that 350,000 TEU of older container tonnage could then be torched.