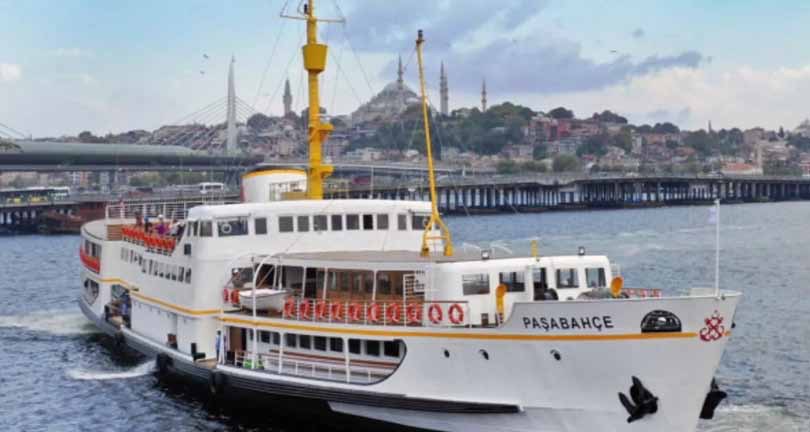 Paşabahçe, a legendary ferry built in 1952, has sailed its premier voyage in the Bosphorus after a two-year restoration.

The ferry, which was first built as a warship, and was later turned into a ferry cruising on the Bosphorus, was fully restored by Istanbul Metropolitan Municipality.

Attending the ceremony held at Haliç Shipyard, Kemal Kılıçdaroğlu, the leader of the Republican People’s Party (CHP), said, “It is extraordinary to relive a history. It is their history that gives cities their character. If the rulers become alienated from the city they live, they also forget the history.”
Giving a big thanks to Sinem Dedetaş, the head of Istanbul’s Cityline Ferry services, Kılıçdaroğlu said, “Women should be in a much more active place in working life, which sees a noticeable increase recently. I think this increase will appear more clearly at a certain period of time.”

The Paşabahçe Ferry was born in 1952 in Taranto, southern Italy, as a warship, and was later refitted into a ferry for the Turkish metropolis straddling the famous Bosphorus waterway.

For 58 years the iconic ship shuttled between the two sides of the Bosphorus, including the Princes’ Islands, but in 2010 Paşabahçe was retired, with over a half-century of service under its oars.

In 2017, however, journalist Adil Bali paid the vessel a visit and decided that idle retirement was not a fitting fate for the iconic ship. When he first saw the disused ferry, “I felt a pang of sorrow in my heart,” he said. “It was covered all over with grass and moss, and everything was run down.” He inspired the reconstruction works by posting a petition on change.org calling for the ferry to be saved, and some 6,500 people signed in support.