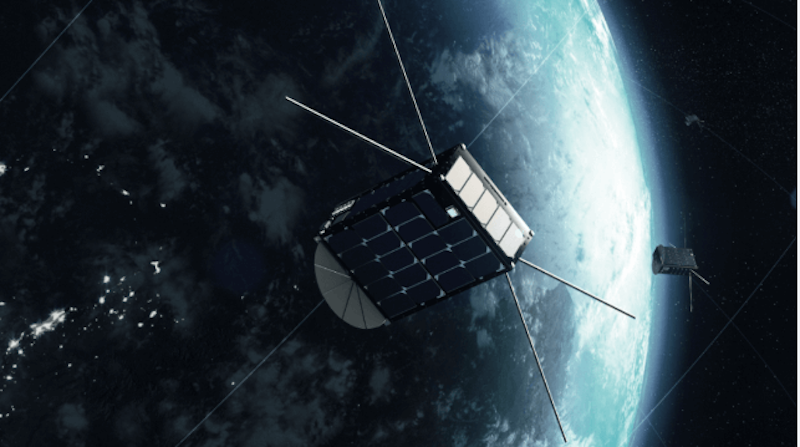 Government, NGO and private-sector researchers have long relied upon AIS to track the movements of vessels, and the tool is invaluable for spotting suspicious activity.

However, AIS has one well-known drawback: suspect ships can (and do) turn off their AIS signals at the moments when their activities are most suspicious. There are several ways to work around this, like using satellite imaging to look for visual evidence of the target vessel, but one new method stands out: radio frequency data acquisition, an application of military signals intelligence for the maritime world.  Using satellite receivers, companies like Unseen Labs, Kleos Space and Spire Global monitor a wide swath of the RF spectrum for all kinds of radio emissions. Their satellites can geolocate the source of a radio frequency transmission from a ship - for example, its radio communications.

According to Unseen Labs, the "fingerprint" of each ship's unique RF signature is much harder to spoof or turn off than the AIS transciever on the bridge. When the crew of a suspect vessel shuts off their AIS, their "dark" vessel is still emitting on other frequencies, so it is just as visible to RF tracking satellites as it was before. The concept works in all conditions, day or night, fair weather or foul. Combined with synthetic aperture radar or visual imaging for confirmation, it can be a useful tool for tracking ships that do not want to be tracked.

For an example, Unseen Labs decided to look at the fishing fleet in the northern Arabian Sea, an area known for its often intense distant-water fishing activity. Out of all the vessels identified by RF tracking in the study area, 35 percent had their AIS turned off. This means that relying on AIS analysis alone would leave out a third of the maritime domain picture. 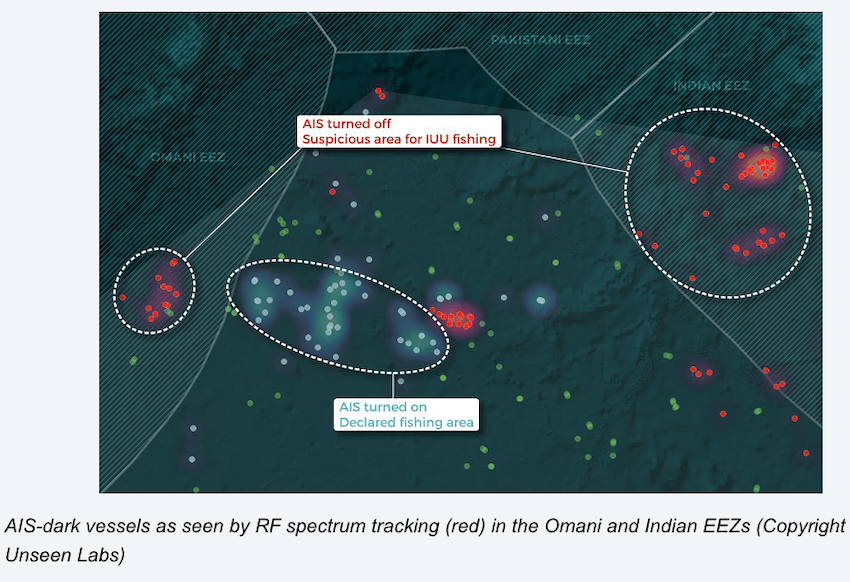 Groups of these "dark" vessels were clustered in the Omani EEZ and the Indian EEZ, indicating possible illegal fishing. A few of the suspect ships were identifiable because they turned on their AIS during the monitoring period, handing the researchers their vessels' names and characteristics in the process. One of these suspect ships was a large Chinese distant-water fishing vessel, which turned off its AIS to transit quietly into the Indian EEZ. The vessel ran without AIS inside Indian waters for 42 hours, then exited the EEZ again and turned AIS back on. This task completed, it met up with a reefer vessel - standard behavior for a fishing vessel that wants to offload a good catch.

The U.S. Navy is also studying ways to use RF geolocation data to improve maritime domain awareness for a range of national security missions. This could include sanctions enforcement, transshipment monitoring, SAR, fisheries management and border control, among other tasks. Naval Surface Warfare Center Division Crane is working with DC startup Kleos Space to evaluate RF data and potential use cases.