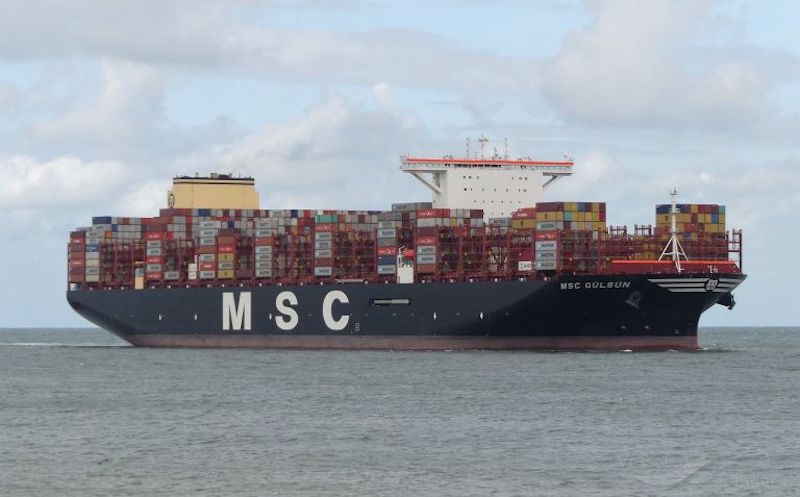 CHAIRMAN of Mediterranean Shipping Company (MSC) Group, Gianluigi Aponte, left a job in finance to focus on shipping and now, decades later, he has one of the world's biggest maritime fortunes, reports Bloomberg.

While the Covid-19 pandemic hurt sales and temporarily halted operations for the cruise-line business of his MSC Group, the company moved rapidly to forge the world's biggest container lines as oceanic-freight rates surged to records. Along the way, Mr Aponte's net worth more than doubled to US$19 billion, according to the Bloomberg Billionaires Index. "They were unbelievably quick" in scaling up, said Felix Mathes, a London-based cargo analyst at research firm VesselsValue. "MSC was very confident in what they were doing."

A representative for Geneva-based MSC didn't respond to a request for comment.

MSC has acquired more than 150 ships since early 2021, according to VesselsValue, taking the size of its overall fleet to about 700. Meantime, the value for some of its oldest Panamax boats - so named because they are among the largest cargo vessels that can transit the Panama Canal - has surged almost 400 per cent in value. That jump in valuation helped fuel a deal spree. MSC agreed in April to buy the African transport and logistics business of Bollore SA for EUR5.7 billion ($6 billion) including debt after acquiring a stake in Italian ferry operator Moby SpA in March. In January, MSC teamed up with Germany's flagship airline, Deutsche Lufthansa AG, to bid for ITA, the successor to Alitalia, a one-time symbol of Italian glamour that has cost the government billions of euros in bailouts.

While the Aponte family has been involved in shipping for more than three centuries, Gianluigi Aponte, 81, acquired his first vessel in 1970 after quitting a job in banking. Since then, the closely held firm has expanded into port terminals with Mr Gianluigi's son Diego serving as group president and his daughter Alexa as group chief financial officer. Like Mr Aponte, other logistics billionaires have looked to capitalise on surging freight rates in the pandemic's fallout.