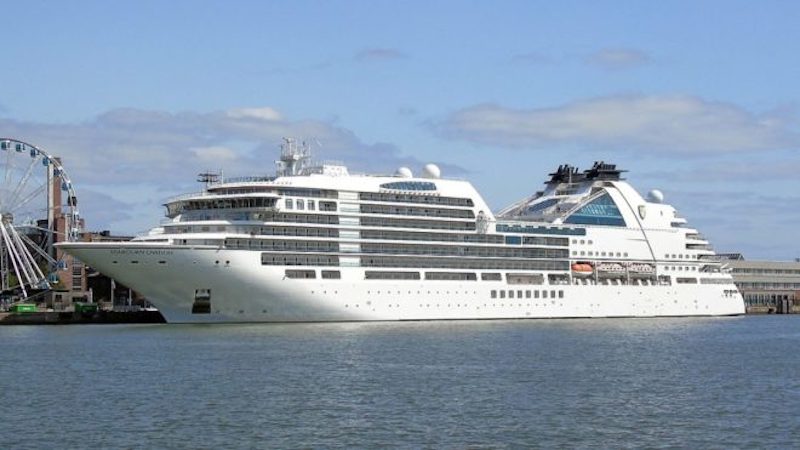 This development seems to have surprised some people, but is understandable in light of Carnival’s considerable financial troubles. This week started ominously for Carnival with its stock (CCL) falling to a 52-week low of $11.56 per share.

According to one financial publication = Motley Fool, a securities analyst, Andrew Didora, lowered his price targets for Carnival to a price of only $18 per share (down from $22).
Analyst Didore voiced concerns with the “persistence of the still-evolving coronavirus pandemic outbreak” and the “massive levels of debt taken on by cruise ship operators forced to suspend their operations during the worst months of the pandemic.”

This news follows another article, from last Thursday, titled “Carnival: What No One Talks About” by the same publication (Motley Fool). The article revealed that Carnival took on a staggering amount of debt over the last two years in order to survive after it suspended cruise operation in March of  2020 due to COVID-19. Motley Fool wrote “Many industries in the U.S. received immense government assistance in the pandemic. Carnival received none. The company is incorporated in Panama to avoid some U.S. taxes. This strategy backfired big-time during the pandemic. Without government help, Carnival took on a gargantuan debt . . . ”

According to this article, even if Carnival were to combine all of the considerable profits in each of the seven years before the pandemic, and used every cent to try and pay down the debt, Carnival would still be underwater.  Plus, Carnival also has significant capital expenditures that must be made to maintain the fleet. This substantial debt, unsustainable cash flow, and the need to maintain its enormous fleet across its nine brands led to the conclusion that: “This is probably another reason Carnival is reducing its fleet. It simply cannot afford to keep it.”

“To put things into perspective, Carnival reported total debt of $33.2 billion in Q4 2021. In the most recent quarter (Q1 2022), the total debt has swelled to $34.9 billion. High leverage also implies significant debt servicing cost. For Q1 2022, the company reported interest expense of $368 million. On an annualized basis, the interest cost is likely to be around $1.4 to $1.6 billion.”

Yesterday, Carnival’s stock plumetted by over 11% (along with Royal Caribbean and NCL stocks) due to concerns over crippling debt, disappointing cash flows, and the cost of maintaining its fleet of cruise ships – all the while trying to resume cruise operations under the spector of the ongoing COVID-19 pandemic. Today, Carnival stock is now around $12 a share, down from almost $72 pre-pandemic.

In addition to its tremendous amount of debt, Carnival’s operating cash flow is not back to a sustainable level and Carnival’s first quarter (Q1 FY22) results missed expectations.  Carnival predicted a loss for next quarter (Q2 FY22).

Today, an Argus research analyst (John Staszak) downgraded Carnival Corp to a “hold” from a “buy” without a price target, saying that Carnival’s growth prospects have deteriorated with a “slow recovery from the Omicron surge amplified by a spike in fuel costs.” He predicted that Carnival’s debt and interest expenses will further increase, reflecting higher capital spending.

In my view, all of this information has painted a particularly dire picture of Carnival Corporation’s financial future. The cruise giant, which is comprised of nine cruise brands (Carnival Cruise Line, Holland America Line, Princess, Cunard, Costa, AIDA, P&O, P&O Australia and Seabourn) has already sold a number of its older cruise ships in the last two years to reduce its debt and avoid unnecessary capital expenditures. Most of these ships have been scrapped. The company now owns a total of 92 ships, down from 103 before the pandemic.

There has been talk about Carnival selling additional older ships to reduce its costs, although I had not heard of discussions about selling any of its brands until the tweet from the CNBC reporter yesterday.

CNBC published an article stating that Carnival is in preliminary discussions to sell its Seabourn “ultra-luxury cruise brand” to the Saudi sovereign wealth fund. Seabourn operates five ships – Seabourn Odyssey (right), Seabourn Sojourn, Seabourn Quest, Seabourn Encoreand Seabourn Ovation (top). The sale of the brand “would also give Carnival access to more capital, with shares losing over 40% in the past three months. The price tag for Seabourn wasn’t immediately clear.”

Saudi Arabia’s Public Investment Fund bought a significant interest (a little over 5%) in Carnival during the pandemic in 2020.

Carnival, which has a well deserved reputation for a lack of transparency, told CNBC that “it won’t comment on rumor or speculation.”