Scotland’s ongoing ferry fiasco: what you need to know 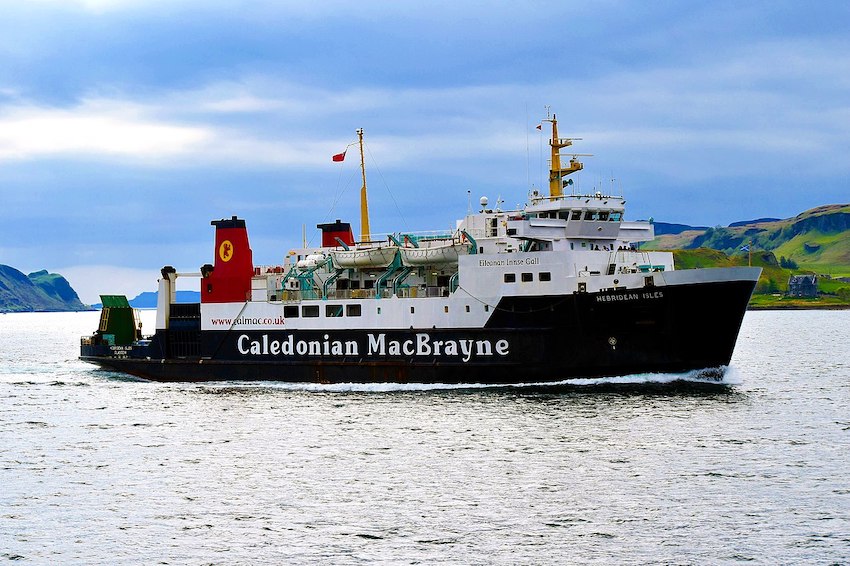 Delays in the delivery of two new Calmac passenger ferries have caused a major political scandal
Ferries are a major issue in the west of Scotland. The 45,000 or so inhabitants of the Hebrides depend on ferry links to deliver essential supplies; to take people back and forth to jobs and medical appointments on the mainland; and to bring in tourists, their economic lifeblood.One state-owned company, CalMac – Caledonian MacBrayne – has an effective monopoly on the Clyde and Hebrides network, providing “lifeline services” to 22 of the bigger islands. On an average day, its 34 vessels complete 446 crossings, ranging from five minutes (to the Isle of Bute) to seven hours (Oban to Barra). But in recent years, its network has been plagued with cancellations and disruptions. CalMac blames its “ageing fleet”: its ships are, on average, 24 years old; many of its biggest are more than 30. And attempts to update them have embroiled the Scottish government in a major scandal.

What is the scandal about?
It centres on a botched procurement process. In the summer of 2014, the last shipyard on the lower Clyde, Ferguson Shipbuilders, went bust. It appeared to be heading towards oblivion – until, in August that year, in a deal brokered by then-first minister Alex Salmond, the industrialist Jim McColl, then a firm supporter of Scottish independence, stepped in to save it. Clyde shipbuilding is an emotive issue, and this was just before the independence referendum when the SNP was promising “the reindustrialisation of Scotland”. A year later, the Ferguson yard received a major boost when it won a £97m contract from the SNP government to build the two new ships CalMac needed (and still needs) to replace two ageing ferries: the first to serve the Isle of Arran route, the second, the “Uig triangle” of Skye, North Uist and Harris. What went wrong? A great deal. Hull 801 and Hull 802, as they were known, were expected to be delivered in mid-2018. But the former, now named Glen Sannox, won’t be finished until at least spring 2023 at the earliest; Hull 802 has only just had its bow fitted. The cost so far is £240m, two-and-a-half times the original budget. At standard industry prices, that should have been enough to replace much of CalMac’s fleet. And the taxpayer is footing the bill. Usually, cost overruns would be covered by the manufacturer: one of the main requirements for the CalMac contract was a “builders refund guarantee”, giving full protection for the buyer. In this case though, the ship- yard, Ferguson Marine Engineering Limited, wasn’t able to give such a guarantee. But despite the concerns of Caledonian Marine Assets Ltd (CMAL) – the public corporation that owns CalMac – Scottish ministers signed it off anyway.

What caused the long delay?
The ferries were built to a hybrid design, powered by marine diesel oil and liquefied natural gas – a first for a UK shipyard. The technology has been used elsewhere in the world, but the Ferguson shipyard ran into trouble. Within a year, CMAL was reporting serious technical and quality concerns. In 2017, the Glen Sannox was “launched” at a ceremony attended by First Minister Nicola Sturgeon. But it was, in fact, far from finished: the bridge had painted-on fake windows; most of the internal outfitting had not been completed; and, soon after, its “bulbous” bow was found to be defective, and had to be replaced. In 2019, CMAL reported that “no more than six people were working on 801 and no more than two people were working on 802 at any one time”. Ferguson disputes this, but soon after, the yard went bust, with debts of more than £70m – including £50m to taxpayers – and was nationalised by the Scottish government, which loaned it a further £45m.

Who's to blame ?
CMAL blamed the Ferguson shipyard, which missed every “milestone” date in the contract, except the date on which the first cutting of the steel took place. Ferguson, in turn, accuses CMAL of interfering in its work, and moving the goalposts on specifications. McColl, Ferguson’s former boss, claims his firm was forced to work to “a purely political timetable”: that the SNP wanted a good news story to announce at its party conference, and rushed through the contract without normal safeguards.A report by Audit Scotland published in March cited the absence of a full-refund guarantee as the fundamental issue. It found there was “insufficient documentary evidence to explain why Scottish ministers accepted the risks” in the face of CMAL’s warnings.

What does the SNP say?
Sturgeon says she takes full responsibility, but that the one who signed off the contract was actually former junior transport minister Derek Mackay, who resigned in 2020 over reports that he had sent inappropriate texts to a teenage boy. Mackay says he has been scapegoated, and wants to “set the record straight”.

Can the problem be solved?
There’s still no confirmed launch date for the two new ferries and, as recently as January, there were still 175 outstanding technical, safety or quality concerns over them to be resolved. McColl has suggested that it would be cheaper to scrap the second ship, Hull 802, and start again. Many commentators argue that the island communities would anyway be better served by a larger number of smaller, cheaper, more efficient vessels, such as the catamarans used for years by the unsubsidised privately-run Pentland Ferries for their service to and from Orkney Islands (CalMac receives a subsidy of £120m-£150m in a normal year). In the meantime, CalMac has been scouring the world for second-hand ferries. And in March, a £105m contract to build two new CalMac ferries to serve Islay was awarded to a Turkish company, Cemre Marin Endustri. Ferguson shipyard did not make the shortlist.