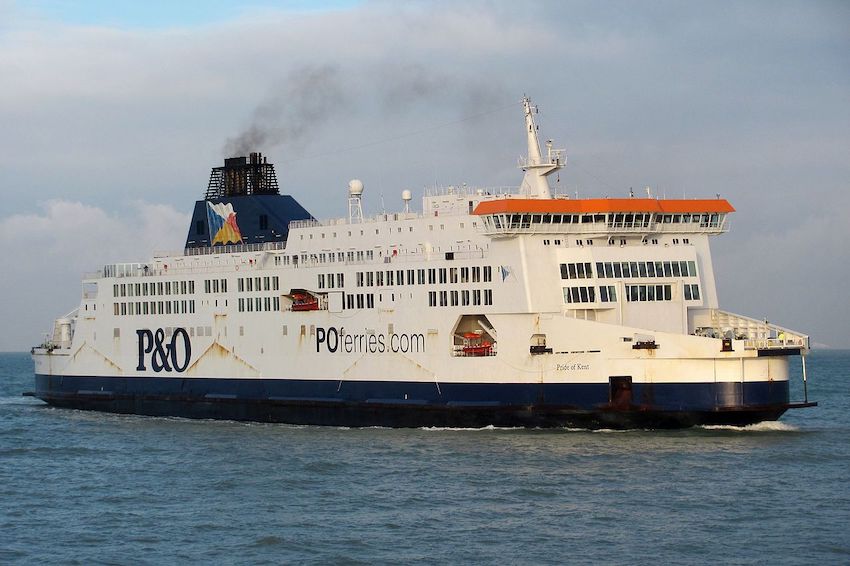 The Pride of Kent was held for six weeks by the Maritime and Coastguard Agency Inspectors from the agency found it had 47 failures, a record number of faults These included dirty working conditions and problems with fire safety systems. It also found that some rescue boats didn't function and issues with lifebuoys A P&O Ferries vessel was found to have a record number of faults by inspectors, including dirty working conditions, rescue boats that didn't work and fire safety failures.

The PRIDE OF KENT was detained in Dover for six weeks in March by the Maritime and Coastguard Agency (MCA), which found 47 failures on the ship. It comes after the company suddenly sacked 800 staff in March and replaced them with agency workers in an effort to cut costs, a move that infuriated unions and politicians.This led to most of P&O Ferries' vessels being detained and inspected by the MCA, which then reported faults with them to the Paris Memorandum of Understanding (MOU), an alliance of maritime authorities from 27 nations, including the UK. The MOU listed the deficiencies, but only provided limited details.

Analysis by the PA news agency found the examination of Pride of Kent uncovered the most failures of any of the 1,209 Port State Control inspections of ro-ro ferries - which vehicles can be driven on to and off from - within the Paris MOU in the past three years.

The PRIDE OF KENT was detained after failing an initial examination on March 28. Thirteen of its 47 failures related to fire safety, including the fire detection system being 'not as required', a 'lack of training' on fire drills and inadequate escape routes.Ten areas of concern with labour conditions were highlighted, such as locations 'not hygienic', an issue with medical care and 'unsafe' electrics. The crew had a 'lack of training' in how to navigate the ferry and a 'lack of familiarity' with operating its machinery.Fast rescue boats were 'inoperative' and the provision of lifebuoys was 'not as required'.

PRIDE OF KENT failed two further inspections, before passing at the fourth attempt on Monday. A P&O Ferries spokesman said: 'We take the safety of our passengers and crew very seriously and look forward to all of our ships welcoming tourist passengers and freight customers again. 'We would like to thank the MCA for their continued engagement in assessing our ships to ensure they meet the highest safety standards. PRIDE OF KENT will resume sailings between Dover and Calais 'in the next two weeks', the spokesman added.

The company was blasted by politicians, trade unions and workers after it abruptly sacked 800 staff in March.

The ferry was first launched in 1991 and can carry up to 2,000 passengers. Politicians and trade unions raised concerns about the safety of P&O Ferries following the mass sackings. These have been strongly disputed by the company. Last week, chief executive Peter Hebblethwaite hit out at 'misinformation' about the firm. Measures aimed at ensuring seafarers are paid at least the UK's national minimum wage were included in the Queen's Speech on Tuesday. The Government will introduce legislation banning ferries from docking at UK ports if they pay their workers below that level.

Transport Secretary Grant Shapps said the 'disgraceful actions' of P&O Ferries 'do not represent the principles of our world-leading maritime sector'. The UK minimum wage for people aged 23 and above is £9.50 per hour. P&O Ferries pays its new crew an average of £5.50 per hour, which it insists is in line with international maritime laws.The operator has said it would 'fully welcome' measures to increase pay for all seafarers in British waters as it wants 'a level playing field'. Irish Ferries, which also uses a low-cost labour model, began competing with the company on the Dover to Calais route in June 2021.