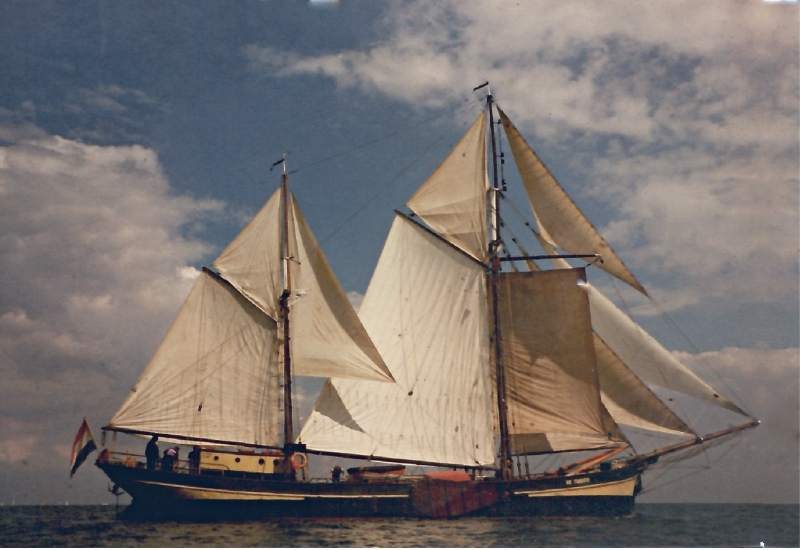 Bought in January this year, De Tukker is the first in a fleet of low-impact sailing ships which will tThe schedule focuses on the North Sea, the English Channel and the Bay of Biscay.

The route includes some of the major international shipping ports such as Amsterdam, London, Porto and Antwerp, according to EcoClipper.

De Tukker, which measures 40 meters with a shallow draft of 2.4 meters, will also be able to operate in local ports such as La Rochelle, France, and Penzance, the UK, which will increase its public profile and target local SMEs wanting to reduce their shipping footprint.

“The 2022 sailing schedule provides a good mix of both larger ports and small harbours. This will increase visibility of the sail cargo and sail travel industries,” Jorne Langelaan, CEO and founder of EcoClipper, said. “It’s fantastic to be able to work in tandem with other sail cargo companies too, we all have a lot to offer and we are all moving towards the same target: to ultimately reduce shipping emissions and provide the tried and tested method of sailing as a viable transport option.”

The ship will offer space for twelve guests who want to get involved in the sailing of the ship, the company informed. De Tukker has 60 cubic meters of cargo space and will be able to carry a maximum of 70 tonnes of cargo. The ship is currently undergoing refit work at Talsma Shipyard in the Netherlands. The draft has been increased by an extended keel thus providing more stable sailing.

Research is also being carried out into installing a propeller generator and solar panels on the galley deckhouse which would cover the onboard lighting system and navigation, thereby further reducing fossil-fuel use.

EcoClipper was founded in 2018 by Captain Jorne Langelaan, co-founder of Fairtransport. The shipping company is developing a fleet of sailing ships offering emission-free transport and travel worldwide.