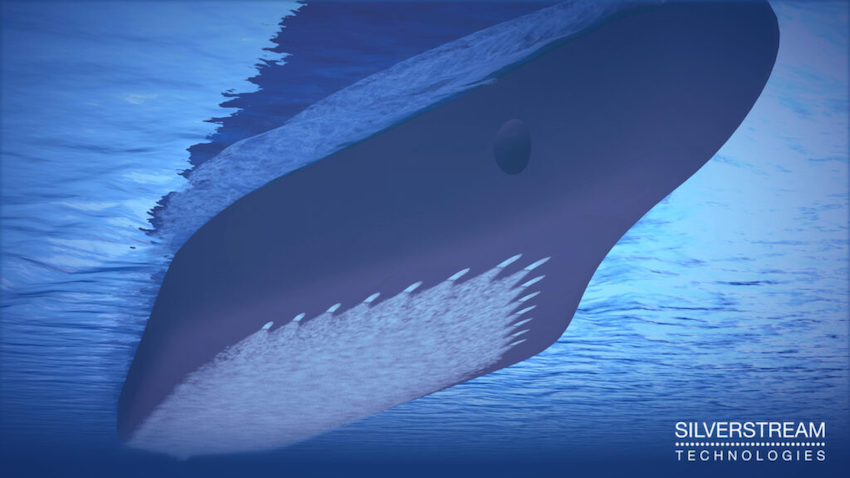 Silverstream unveiled the order on 22 March 2022, without disclosing any further details on the boxships or their owner(s).

“The installation, which will commence in 2023 and finish in 2025, will take place at one of our trusted partner yards in Southeast Asia,” the company said.
Silverstream Technologies has pioneered air lubrication within shipping for over ten years and has invested significantly in the research and development, and testing of air lubrication for ships.

The system is said to reduce frictional resistance between the water and the hull surface, reducing fuel consumption and associated emissions by 5-10% net, depending on vessel type.

In a separate statement, Silverstream announced on 23 March the appointment of David Colson, Commercial VP, Gaztransport & Technigaz (GTT) to its Board of Directors. David has extensive commercial experience in the licensing of technology to shipyards, particularly in Korea and China, as well as invaluable knowledge of owners’ and charterers’ specific requirements. His appointment to Silverstream signals its increasing stronghold in the Southeast Asian shipbuilding market, developed over the past decade in scaling and exporting its proprietary air lubrication technology in partnership with key shipbuilding partners in the region.

“Silverstream’s technology is not just a newbuild proposition; the market for retrofit installations is even greater with the IMO’s EEXI and CII standards coming into effect next year,” Colson commented. “Owners will need to improve the performance of their older tonnage, and … clean technologies like the Silverstream System offer a … solution to these landmark regulations. It’s exciting to be a part of a company that is making a real impact in shipping’s crucial decarbonisation pathway, and I look forward to offering my advice and support in the coming years.”