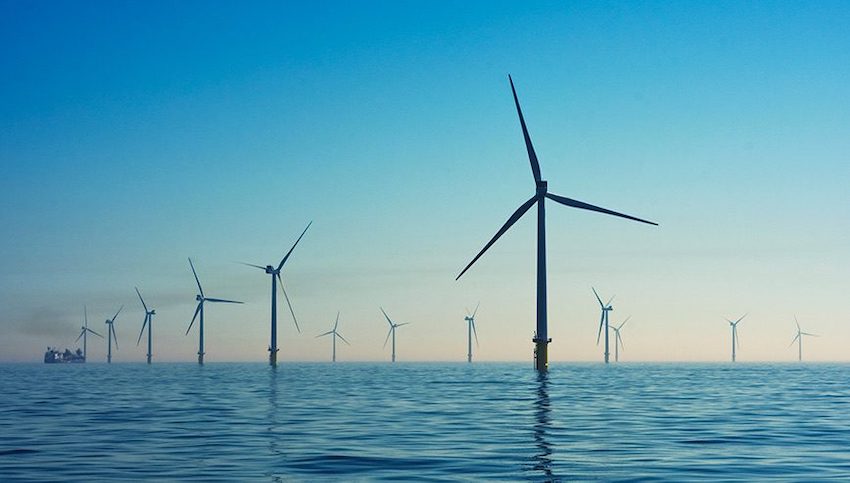 OFFSHORE WIND DEVELOPMENT has the potential to transform the nation’s energy supply by providing clean power directly to big coastal cities. In fact, the Biden administration is pushing to develop 30 gigawatts of offshore wind capacity by 2030—enough to power 10 million homes and reduce carbon emissions by 78 million metric tons.

But a new study might throw a wrench in those plans. It turns out that massive wind turbines may interfere with marine radar systems, making it risky for both big ships passing through shipping channels near offshore wind farms and smaller vessels navigating around them. While European and Asian nations have relied on offshore wind power for more than a decade, the big wind farms proposed off the US continental shelf are larger and spaced further apart, meaning that ships are more likely to be operating nearby. These farms are proposed along the East Coast from Massachusetts to North Carolina, as well as for a handful of locations off the California coast, according to data from the US Bureau of Ocean Energy Management.

A panel of experts convened by the National Academy of Sciences, Engineering, and Medicine concluded in a report issued last week that wind turbines can create two different problems. First, their steel towers can reflect electromagnetic waves, interfering with ships’ navigational radar systems in ways that might obscure a nearby boat.

The turbine's rotating blades can also create a form of interference similar to the Doppler effect, in which sound waves shorten as a moving object approaches the observer. In this case, the spinning blades shorten and distort the radar signals sent from passing ships and can produce what’s called “blade flash” on a ship’s radar screen. These flashes can create false images that look like boats and could confuse a human radar operator on the bridge.
“If you have something that's moving toward you and you are illuminating it with a radar signal, then the signal that is returned will actually have what's called a phase shift. Essentially, it appears that you have the object coming closer,” says Jennifer Bernard, professor of electrical and computer engineering at the University of Illinois Urbana-Champaign and a member of the National Academies panel that produced the report. Bernard says that phenomena does not completely block the radar image, “but it does create clutter and makes everything a little bit more washed out, because now some things are still and some things are moving. So that makes everything a little bit more difficult to interpret.”

In the report, the US Coast Guard raised concerns that the radar interference may also hamper search-and-rescue efforts for ships that get in trouble around wind farms.

“These are large machines in the ocean and will impact marine vessel radar. That's inevitable,” says Bill Melvin, chair of the panel and deputy director for research at the Georgia Tech Research Institute. “We recommended that investment should be made to study and understand the problem in more detail and also further develop the proposed mitigating solutions.”Solutions could include upgrading older shipboard radars to modern solid state systems that can be adjusted to eliminate some of the interference from the rotating blades. Another idea is to perhaps wrap the blades or towers in material similar to the radar-absorbing carbon or graphene polymers used on stealth aircraft to dampen some, but not all, of the radar signal and prevent the distortion. The study also mentions the possibility of changing the shape of the tower or blades to present smaller targets and create less scattering of the radar signal.

These ideas might work, but the expert panel notes that there’s a lack of research in this area—while at the same time there’s a big rush to build wind farms.

The same week that the report was released, the US Bureau of Ocean Energy and Management auctioned the rights to develop wind farms in six locations off New Jersey, raising a whopping $4.37 billion in lease sales. The bureau has already authorized construction of the 800-megawatt Vineyard Wind project south of Martha’s Vineyard, Massachusetts, with 62 turbines, and the 130-megawatt South Fork wind project off the eastern tip of Long Island, New York, with 12 turbines. Both are expected to begin producing energy in 2023. And about 27 miles off the coast of Virginia Beach, Virginia, Dominion Power is planning a 187-turbine wind farm that will power 660,000 homes and cost nearly $10 billion, slated to begin operation in 2026.

But not everyone is onboard. Some environmental groups along the New Jersey coast believe that the offshore wind industry is moving too fast. “We are not opposed to offshore wind if it's done responsibly and reasonably, but this industry is moving at a reckless pace,” says Cindy Zipf, director of New Jersey–based Clean Ocean Action, an advocacy group focused on coastal issues.

Zipf says that there are no plans for pilot projects that might help researchers address some of the concerns raised by the new radar interference study, as well as ongoing ones raised by the commercial fishing industry. The federally-managed waters in the Atlantic, where the proposed wind farms are located, are also home to important fisheries, including sea scallops, squid, and surf clams. Commercial fishing groups fear their boats will be forced around the turbines, some of which now stand 850 feet tall and produce 15 megawatts of power, enough for 15,000 homes when fully operating.

“We have no pilot projects to really assess what it will mean,” Zipf says. “There's just been great enthusiasm for this new industry without any real transparency into what the consequences are of this massive new industrialization of the ocean.”Others believe that the radar interference problem can be solved before the new big offshore wind projects go online—and that these ideas need to be tested in the real world. “In order to learn more about offshore wind in the US, we need to start building offshore wind in the US,” says Erin Baker, professor of industrial engineering and operations research at the

University of Massachusetts at Amherst, who has studied the climate and economic benefits of wind power.She argues that wind power is necessary if society is going to put a dent in carbon emissions and slow the disastrous effects of climate change. “We are in a climate emergency,” she says. “We've got to get started.”