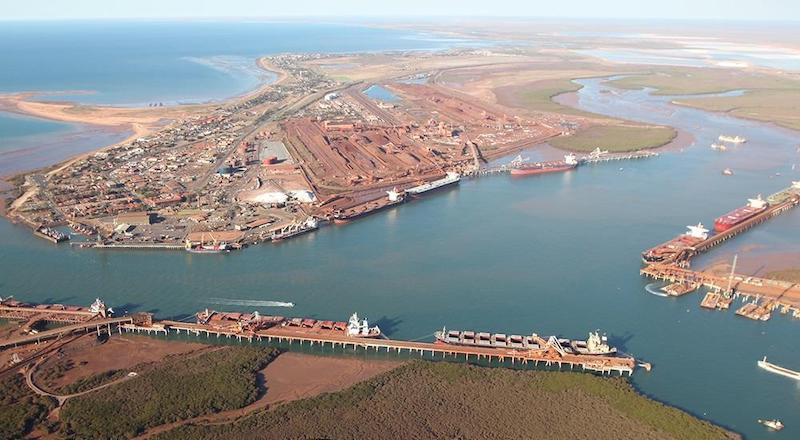 The global iron ore seaborne trade has been on the decline so far this year. In its latest weekly report, shipbroker Banchero Costa said that “so far in 2022, iron ore trade softened again, primarily due to weaker demand from China and supply issues in Brazil. In January-October 2022, global iron ore loadings declined by -2.6% y-o-y to 1,254.5 mln tonnes, from 1,287.7 mln t in the same period of 2021, according to vessels tracking data from Refinitiv. Volumes were essentially at par with the 1,254.6 mln tonnes shipped in the same period of 2019”.

The vast majority (94%) of iron ore volumes from Australia are loaded on Capesize vessels, with the rest on Panamax/Supramax”.“In terms of destinations for iron ore exports from Australia, unsurprisingly things are pretty polarized. Mainland China is by far the top iron ore importer from Australia, with an overall 82.6% share of shipments from Australian ports so far this year. Exports to China from Australia increased by +3.5% y-o-y to 609.6 mln t in the first 10 months of 2022, from 589.2 mln tonnes in the same period of 2021. This however was still below the alltime record 614.8 mln tonnes shipped by Australia to China in JanOct 2020.