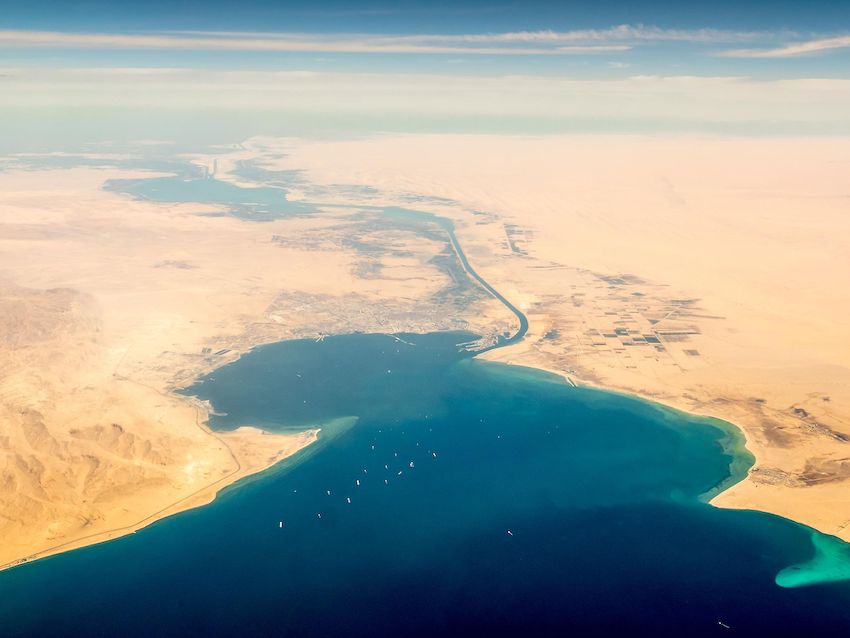 DUBAI's terminal operator DP World has called on Egypt to build a second channel to the Suez Canal to avoid the severe disruptions to port operations brought about by the Ever Given blockage, reports UK's The Loadstar.

Group chairman and CEO Sultan Ahmed Bin Sulayem said: "The canal is a critical artery for world trade and its blockage last month cost the world economy almost US$9 billion a day. Weeks later, we are still giving relief to those who have had cargo delayed across our operations at Jeddah, Sokhna, Egypt and Dubai. "Smooth world trade flows are the backbone of small and big business around the world. Egypt should consider investing in another channel into the canal from the Red Sea to avoid future blockages. "We must stay focused on infrastructure solutions that prevent supply chain disruptions while helping businesses move their cargo efficiently if they do happen."

Egypt did invest in a second channel at the Mediterranean-end of the canal, which was opened in 2015, but the Ever Given became stuck after entering from the Red Sea.

Mr Sulayem was speaking following the recent release of DPW's first-quarter results which show the operator posted 10.2 per cent year-on-year volume growth, reaching 18.9 million TEU across its portfolio of container terminals. "The first quarter was a strong start to the year and all three regions delivered growth, especially our terminals in India and Australia. Encouragingly, the stabilisation in Jebel Ali continues, with the terminal handling 3.5 million TEU in Q1, up 2.6 per cent year on year," the company noted.Citing estimated industry growth of 8.9 per cent, Mr Sulayem added: "This performance is ahead of expectations and illustrates the resilience of the global container industry and DP World's continued ability to outperform the market."Trade volume growth has accelerated and our strategy of providing integrated supply chain solutions to beneficial cargo owners has allowed us to benefit from this recovery."

Indeed, Mr Sulayem said DPW's percentage of revenue from its terminal business had dropped from 80 per cent in 2014, to 45 per cent in 2020, due to investments in logistics services and feeder shipping, for example. As well as diversifying revenue away from port operations, DPW has been busy investing in potentially disruptive technologies, such as Virgin Hyperloop.

DPW is also keen to funnel more south-south trade through Dubai, at the expense of European transshipment hubs. It has been heavily promoting the World Logistics Passport (WLP) since its launch in January 2020, signing up a string of member countries including Brazil, Colombia, India, Indonesia, Kazakhstan, Mexico, Senegal, South Africa, Thailand and Uruguay. WLP promises to "increase trading opportunities between emerging markets" - apparently with all 'air and sea roads' leading to Dubai, via a loyalty scheme for members, and reduced customs barriers.