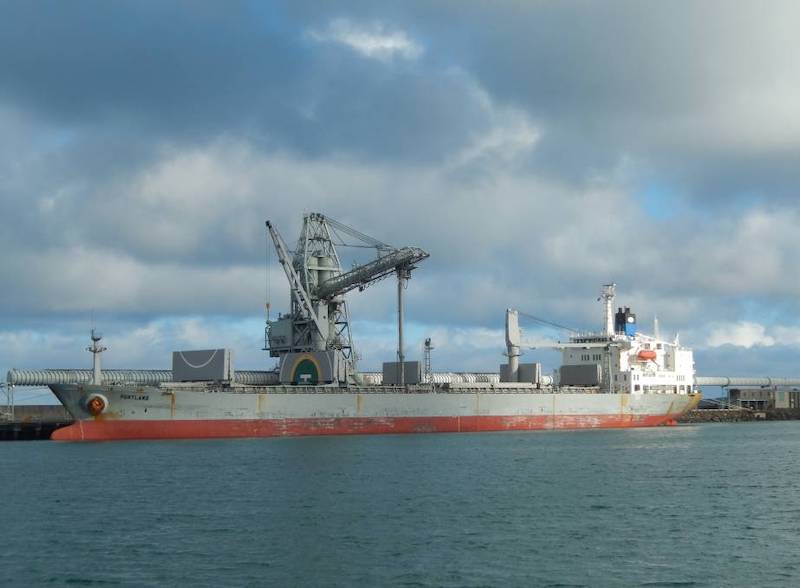 The Federal Court has handed a major legal victory to 10 Australian seafarers who undertook a two-month sit-in to prevent their vessel, the MV Portland, from being replaced by foreign flag-of-convenience ships crewed by exploited workers.

The seafarers and their union, the Maritime Union of Australia, have been in a five-and-a-half year legal battle with the Fair Work Ombudsman, which is seeking fines and damages over allegations the crew’s refusal to leave the vessel constituted unlawful industrial action.

In November 2015, the crew found out from media reports that Alcoa was planning to sack 40 Australian seafarers and sell the MV Portland, which had been carrying alumina from Kwinana in Western Australia to its Portland Aluminium Smelter in Victoria for 27 years.

The 10 seafarers on board refused to sail the vessel to Singapore, where it was to be sold, occupying the vessel for two months before they were forcibly removed by security guards in the dead of night and replaced by a foreign crew.

Federal Court Justice Mordecai Bromberg ruled in favour of the MUA’s argument that a clause in the vessel’s employment agreement that stated it was in place “whilst the vessel operates in the trade” meant it had ceased to apply at the time of the sit-in. In his judgement, Justice Bromberg said that given the critical nature of this argument to the FWO’s case, it would seem to follow that the substantive proceeding should be dismissed.

MUA Assistant National Secretary Ian Bray said the decision was a significant win for the seafarers involved.
“For 4-and-a-half years, the Fair Work Ombudsman has pursued legal action against the union and our members, refusing numerous attempts to mediate a resolution and instead taking it to trial in the Federal Court,” Mr Bray said. “The ruling by Justice Bromberg, which confirms the long-argued position of the MUA and our members that the employment agreement ceased to operate once Alcoa announced the MV Portland was being replaced from service, blows a hole in the FWO case. “This is a significant victory for the 10 brave Australian seafarers who spent two months on board this vessel, without pay, in an effort to defend one of the few remaining Australian-registered vessels trading on our coast. “After almost five long years, this not only brings us a step closer to averting fines for our members, it could be a watershed industrial relations decision with significant implications for other workers.”

Mr Bray said the public should hold the Turnbull, Abbott and Morrison governments to account for their role in not only sending these jobs offshore, but then prosecuting the Australian workers who tried to save them.
“Every step of the way, the Federal Government has been supporting the loss of these skilled jobs,” he said. “They issued the temporary licences required to use foreign flag-of-convenience vessels to undertake this trade around the Australian coast, they granted the visas for the foreign crew who were flown in to replace these seafarers, and they then set their industrial relations attack dog on them. “Rather than support Australian jobs, we have seen successive Coalition governments continue the decimation of Australia’s maritime supply chains, leaving the nation almost completely dependent on foreign vessels to move essential goods around our coastline.

“The only way multi-national companies like Alcoa have been able to get away with slashing the jobs of Australian seafarers is because the Federal Government continues to support this race to the bottom by issuing temporary licenses to use foreign vessels with exploited crews on coastal shipping routes. “Four and a half years on, Alcoa is continuing to use flag-of-convenience vessels crewed by seafarers that are paid as little as $2 per hour, all while enjoying multimillion dollar taxpayer-funded subsidies from the Victorian Government.
“Despite happily taking millions from Australian taxpayers, this American multinational refuses to employ a single Australian seafarer on what is clearly a permanent domestic trading route.”