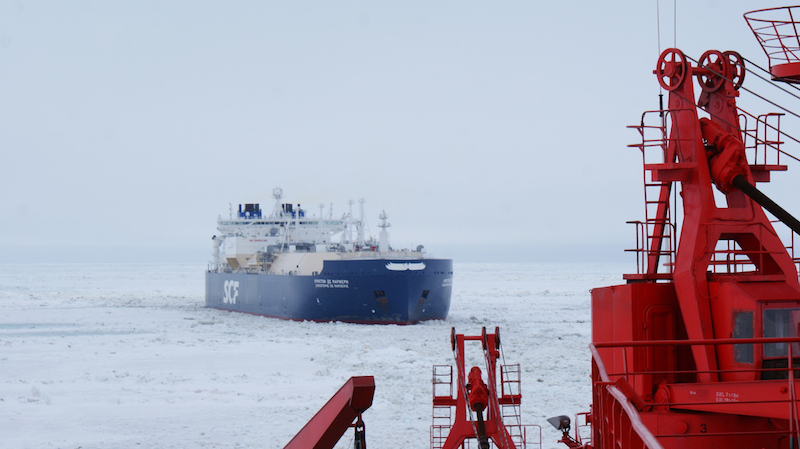 On 31 May 2020 at 06:00 Moscow time Christophe de Margerie, an icebreaking LNG carrier owned and operated by SCF Group, successfully completed her passage across the Northern Sea Route (NSR), bound for China with a cargo of LNG for the Yamal LNG project

For the first time, a large-capacity vessel of this type has crossed the NSR eastbound in May, when ice conditions in the eastern sector of the NSR remain challenging. Traditionally, the navigation in this sector commences only in July.

The passage from the Port of Sabetta to Cape Dezhnev took the vessel 12 days to complete, during which the LNGC covered 2,563 nautical miles at a speed deemed safe given the navigational conditions.

While on the NSR, Christophe de Margerie was escorted by Atomflot's nuclear-powered icebreaker Yamal. The LNGC has transited the most challenging parts of the route with Yamal’s support, including fast-ice fields in the Vilkitsky Strait, as well as hummocky ice floes in the East Siberian and the Chukchi seas.

Sergey Frank, Chairman of the Board of Directors of Sovcomflot, commented:
“Over many years, SCF has been steadily undertaking increasingly challenging transportation projects in the Arctic seas, in partnership with Atomflot, Russian energy companies, and R&D institutions. The Company has accumulated unique experience of safely operating large-capacity vessels of high ice class, purpose designed for the harsh environments of the NSR. Thorough preparation has allowed us to make the next step and safely carry out this unique voyage, fully in line with SCF’s core principle ‘Safety Comes First.’

Igor Tonkovidov, President and CEO of Sovcomflot, commented:
“This successful voyage across the NSR, in May, allows us to move one step closer to realising the full transit potential of the Northern Sea Route, marking an important expansion in the shipping opportunities available to Arctic industrial projects in particular. Even in the challenging ice conditions encountered during this time of the year, choosing the NSR allows for a significant reduction in the length of a voyage delivering LNG to APAC ports compared with using the Suez Canal. A shorter voyage both allows to optimise logistics and reduce the carbon footprint of the shipping. What’s more, the vessel that began this new era in Arctic shipping both carries LNG, the cleanest fuel currently available, and uses LNG fuel herself, which drastically reduces the vessel’s impact on the environment. The success of this challenging voyage was possible thanks to the high level of training and professionalism of the vessel’s crew and SCF personnel ashore, as well as to an exhaustive and nuanced risk analysis and close collaboration with all the other parties involved in the voyage, such as NOVATEK and Atomflot.”

Sergey Gen, Master of Christophe de Margerie, commented:
“The ice conditions encountered during the voyage matched our forecast: on some segments, the movement was heavily obstructed, but the crew was well prepared to handle it. The voyage has proven Christophe de Margerie’s excellent icebreaking, manoeuvring, and structural capabilities, both when following an icebreaker or sailing independently in various modes. I also want to give credit to the crews of both Christophe de Margerie and Yamal for the high level of coordination between the two vessels during the NSR passage.” 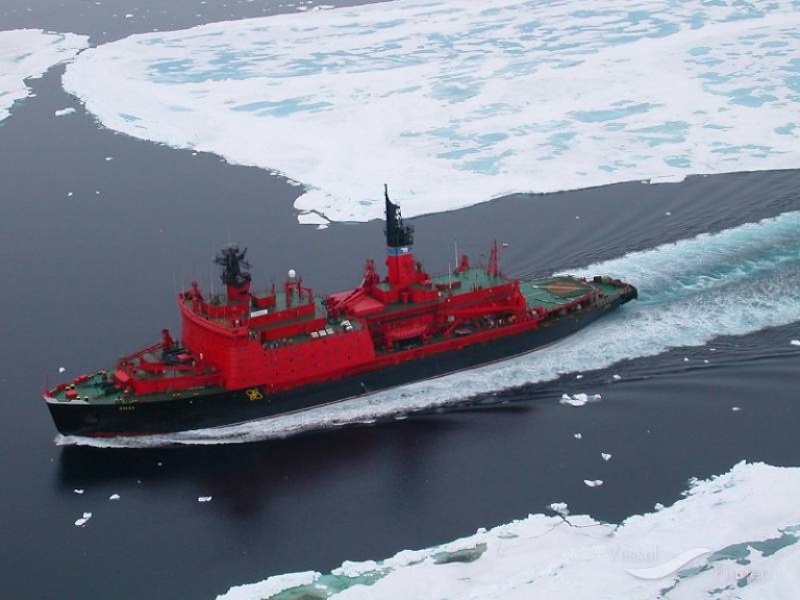 The voyage has provided extensive information about the ice conditions along the eastern part of the NSR, whilst allowing the coordination between the LNG carrier and escorting icebreaker to be honed under extreme conditions. This will prove valuable for planning transportation solutions for future industrial projects in the Arctic, and could help expedite the future growth of NSR cargo traffic. This information will also be reflected in the design of future generations of Arctic vessels.

In 2010-2011, SCF Group together with NOVATEK completed several experimental transit voyages along the NSR, proving the technical and economic feasibility of using this route as a transport corridor for large-scale cargo ships. These high-latitude voyages have laid the foundations for the successful implementation of the Yamal LNG project and opened a new deep-water route to the north of the New Siberian Islands archipelago for commercial shipping.

In 2017, SCF Group introduced Christophe de Margerie, the world’s first icebreaking LNG carrier, the lead ship in the series of ice class Arc7 vessels, with a cargo capacity of 172,600 cbm each, purpose designed for serving the Yamal LNG project year-round in the Russian Arctic. The vessel has excellent icebreaking and manoeuvering capabilities, as well as a high power capacity, which allows her to safely operate in the extreme climatic and ice conditions of high latitudes.

For Christophe de Margerie, the current voyage became the 45th since the start of Yamal LNG’s operations.