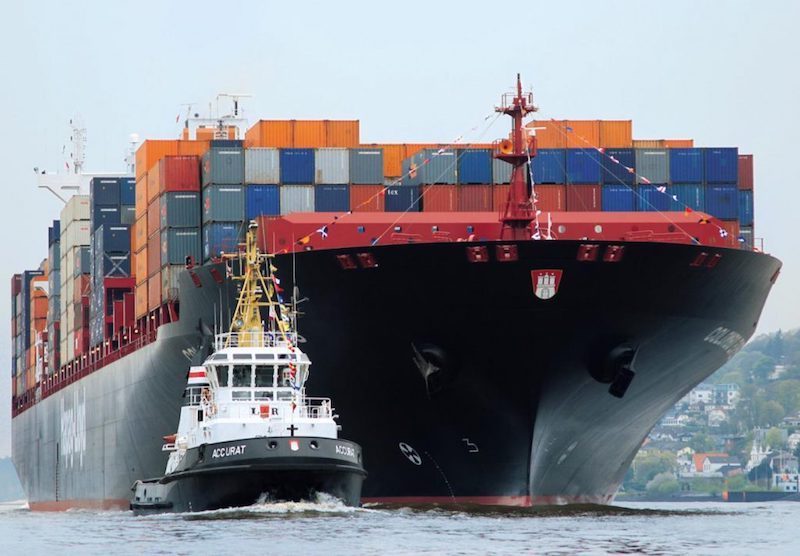 German container shipping company Hapag-Lloyd has obtained 9 percent in energy savings in the form of fuel by preventing fouling on the hulls of its ships.

The company is using digital tools to detect water resistance increases on its ships caused by fouling. It has also developed ship-specific biofueling management plans for its vessels detailing the removal activities and hull cleaning.

Last year. a total of 33 of Hapag-Lloyd’s ships were cleaned, the company said in its sustainability report.

Biofouling, which is the accumulation of various aquatic organisms on ships’ hulls, is gaining increasing importance on the global scene.

Apart from impacting ships’ efficiency and fuel consumption, biofouling has been one of the key causes of the transfer of invasive aquatic species by ships.

The problem of invasive species carried by ships has intensified over the last few decades due to the expanded trade and traffic volume.

The International Maritime Organization (IMO) adopted Guidelines for the control and management of ships’ biofouling to minimize the transfer of invasive aquatic species back in 2011 in order to create a globally consistent approach to the management of biofouling.

Lars Robert, Deputy Secretary-General of BIMCO, the world’s largest international shipping association, believes mandatory requirements for hull cleaning in regard to biofuelling would be the next point on the international agenda.

In an interview shared in the sustainability report, he said that BIMCO has already developed international standards for hull cleaning and a certification to ensure a certain quality level of the process.