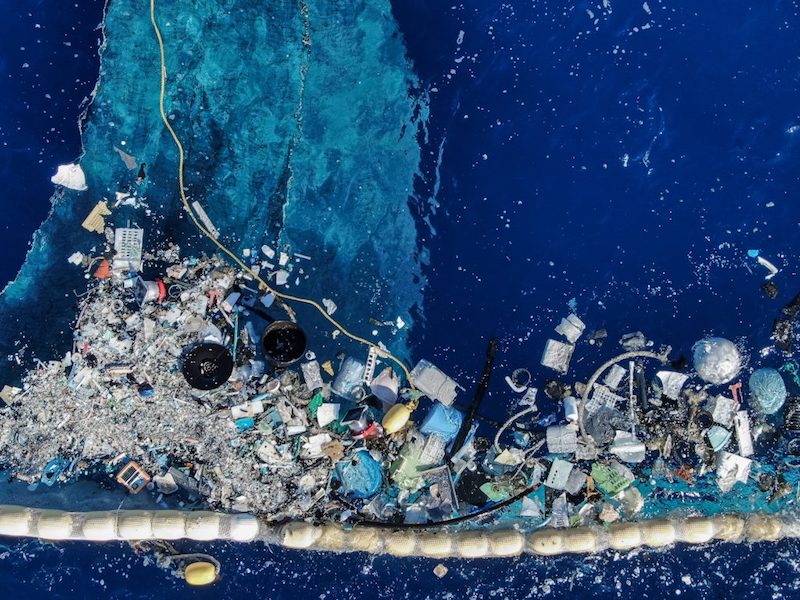 The Ocean Cleanup has completed another test campaign in the Great Pacific Garbage Patch, proving that its latest design solved a major issue.
“After a 6-week testing campaign, our main technical challenge is solved by modifying the system to move at a consistent speed through the plastic,” the company said.

Namely, a consistent speed through the plastic has been achieved using the parachute anchor configuration.
However, The Ocean Cleanup added that the technology is not proven yet, as overtopping needs to be addressed before the plastic is effectively retained in the System 001/B.

The company has now upgraded the system’s screen, increasing it from the previous 4 inches above the water to be almost 20 inches above the water, using three rows of floats stacked on top of each other.
On August 18, The Ocean Cleanup’s CEO, Boyan Slat, said that the upgraded screen with supersized cork line was on its way to the Great Pacific Garbage Patch. 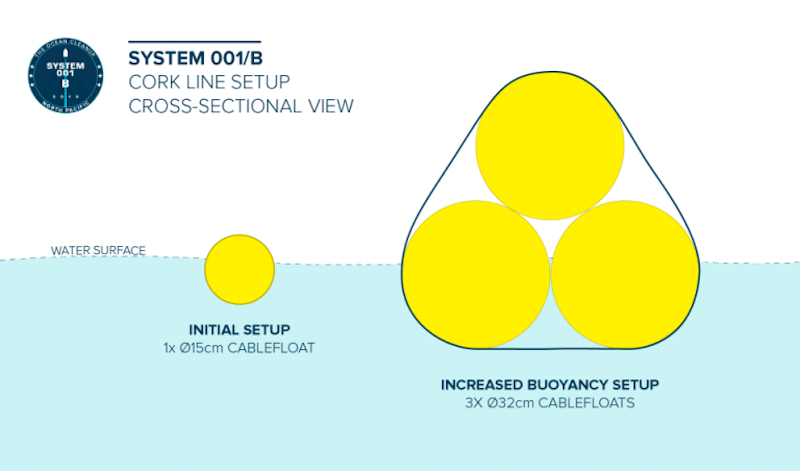 The goal is to have the screen capture and retain the plastic without human aid for months at a time, with plastic harvested once in a while. The company is looking to remove at least 50% of the patch every five years by deploying a fleet of additional systems.

The company started the initial testing phase last year when it deployed the System 001, also known as Wilson, in the Great Pacific Garbage Patch.

In mid-January 2019, the Wilson completed its 800-mile journey and was taken to Hilo Bay, Hawaii, after it suffered a fatigue fracture.
“This was not ideal, but both the diagnosis and solution came quite easily. The more complicated challenge was the system’s inability to retain plastic; instead of consistently going faster than the plastic, it alternated between going faster and going slower than the plastic. This meant plastic would float into the system, as planned, but then float out again.”

As there wasn’t a single obvious fix to this, the company decided to set up the upgraded design, System 001/B, in a more modular fashion. This allowed a configurations trial that both sped up the system and slowed it down, in an attempt to find one that would result in a consistent speed difference between the system and the plastic.

“We launched System 001/B in late June, which was followed by a six-week testing campaign to test slowing down the system using a parachute anchor and test speeding up the system using large inflatable buoys.”

The Ocean Cleanup’s mission is to rid the world’s oceans of plastic. The company’s starting point is the Great Pacific Garbage Patch, the largest accumulation zone of plastic in the world.