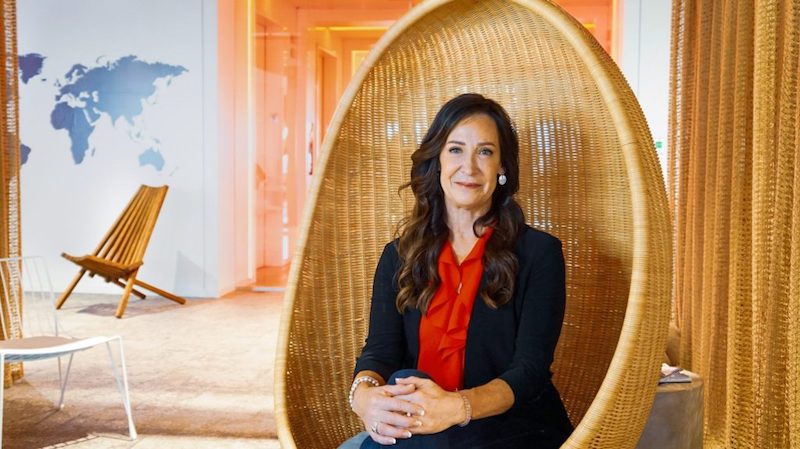 Virgin Voyages’ new 110,000 gross tons cruise ship, the Scarlet Lady, will be led by Captain Wendy Williams from the spring of 2020.

Williams is the first Canadian woman to captain a ship for a major cruise brand, according to the company.

While Virgin Voyages is still in the early stages of the crew for Scarlet Lady, the company said it had already recruited Captain Williams as well as nearly a dozen other female officers.

“I have salt water in my veins and nothing brings me more joy than being at sea,” Captain Wendy Williams said.

The ship was launched in February this year at Fincantieri’s Genoa Sestri Ponente shipyard in Italy. Set to sail from Virgin Voyages’ new terminal in PortMiami, Scarlet Lady would be delivered in 2020.

Featuring over 1,400 guest cabins, the cruise ship will have the capacity to host more than 2,700 passengers, accompanied by 1,150 crew members on board. It is the first of three units ordered under a EUR 2 billion construction deal signed between Virgin Voyages, a part of Virgin Group, and Fincantieri in December 2016.

The company signed a EUR 700 million deal for the construction of the fourth unit in October 2018.

Furthermore, in response to the recent U.S. government restrictions on travel to Cuba from the United States, the Florida-based cruise line said it would replace its Cuba sailings with additional Mayan Sol sailings, new Riviera Maya and Key West voyages, along with an enhanced Bimini offer.