April 18, 1912, the day the RMS Carpathia, with Titanic’s survivors aboard, docked at Pier 54 in New York Harbor. 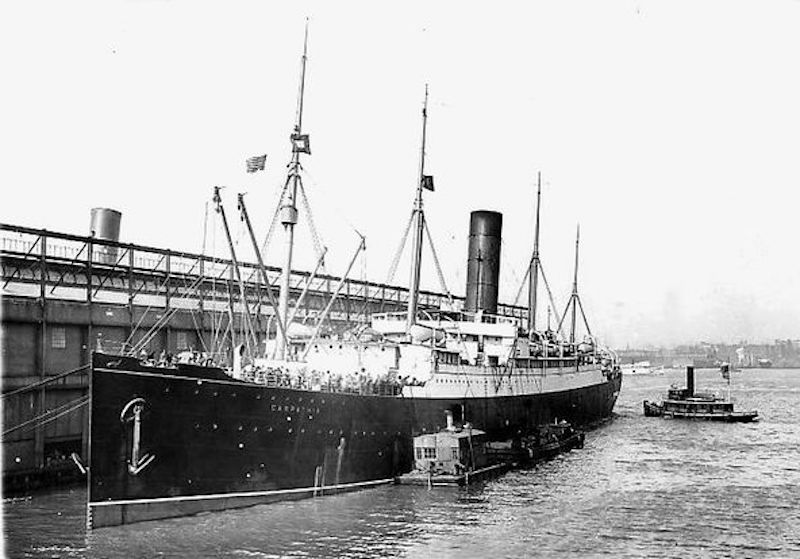 Carpathia’s journey to New York had not been an easy one. The number of people on the ship had roughly doubled with the additions of 712 Titanic survivors. The weather had grown rough as she approached New York, with the ship passing through storm squalls on the way. Many of the boats carried eager reporters poised to grab a scoop. Only one is known to have made it on board the Carpathia, but the man was detained on the bridge for the rest of the short journey.

As the little Cunarder passed the Ambrose Light, she was gradually surrounded by every type of small craft imaginable, all keen to see, despite the rain, the ship that had brought back the last remnants of the Titanic’s maiden voyage. In a steady downpour, the liner steamed toward the New York piers, but she surprised everyone when she didn’t stop at Pier 54,

Cunard’s usual spot for berthing their liners. Slowly, Carpathia made her way to Pier 59, where Titanic would have ended her journey had fate not intervened.

There, Carpathia lowered 13 lifeboats to the water and they were rowed in and tied up next to the pier in a small group. All that remained of the largest ship in the world, the small craft that had proved that salvation of 712 men, women, and children, had completed the Titanic’s maiden voyage. The symbolism of this moment was, and remains, incredibly moving and evocative. 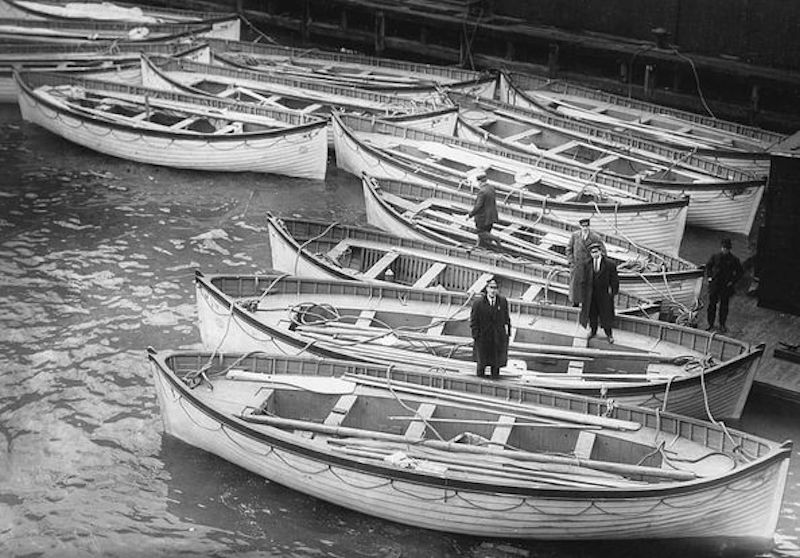 Her grim work done at Pier 59, Carpathia returned to Pier 54 and was warped into place. At least 30,000 people awaited those on board, from reporters eager to hear the story from every conceivable angle to families of those lost and saved, hoping to, depending on their situation, either confirm or disprove the latest survivor lists.

TItanic’s survivors disembarked into ambulances, limousines, and private cars. The sounds of that night would never be forgotten by those who witnessed it, with shrieks of grief mixed in with cries of jubilation and relief. Here, all the questions about who had lived and died were answered concretely. For those whose relatives and friends had survived, it was a moment of sheer joy. For those who left with the bitter certainty that they’d lost someone, it was the crushing final blow to their tenuous hopes.

The voyage that had begun with such promise in Southampton aboard a giant that was the last word in luxury and advanced technology had come to an end in a much different fashion, disembarked from a small, middle-aged steamer into a rainy New York night. The rain only added to the eerie ambiance.
It was if the world itself was crying in grief for those lost.