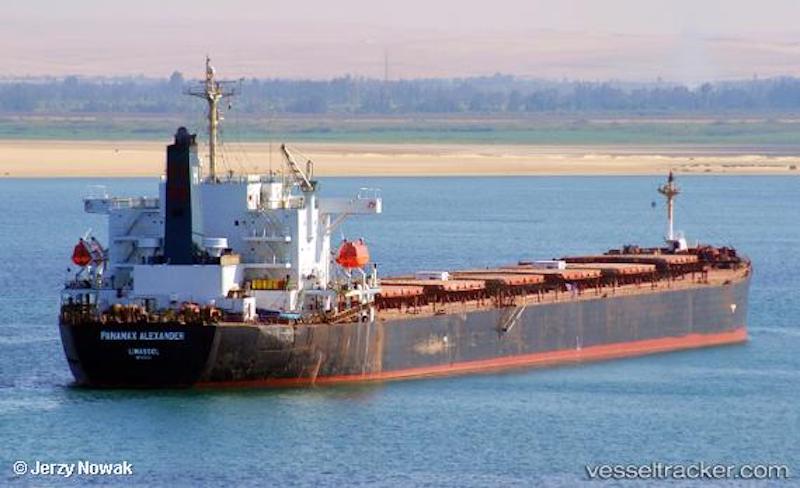 An admiralty court in London has found fault with all three vessels involved in a collision on the Suez Canal in 2018, including a bulker that struck two vessels within the span of a single day.
In the case of Mv Pacific Pearl Co. Limited -v- 1) NYK Orpheus Corp  (2) Quick Ship Holding SA

Mr Justice Andrew Baker, sitting with Captain Roger Barker and Captain Aseem Hashmi, an Elder Brother and Elder Brother (designate) of Trinity House, as nautical assessors, it was held that there was fault on the part of all three ships, responsibility for which should be apportioned under s.187 of the Merchant Shipping Act 1995 in the proportions 5:5:2 (Alexander: Orpheus: Falcon).

On July 16th 2018 bulk carrier Panamax Alexander (IMO 9233402) was moored in the southern stretch of the Suez Canal, near the 150km milepost. At the time this was one of the narrowest sections of the waterway. it had been damaged the day before in a collision and subsequent grounding with bulk carrier Sakizaya Kalon (IMO 9749908). Its rudder stock and propeller blades were bent. The Sakizaya Kalon was awaiting a tow to the Great Bitter Lake. In the meantime, the crew had made fast to bollards on the side of the canal with six lines. 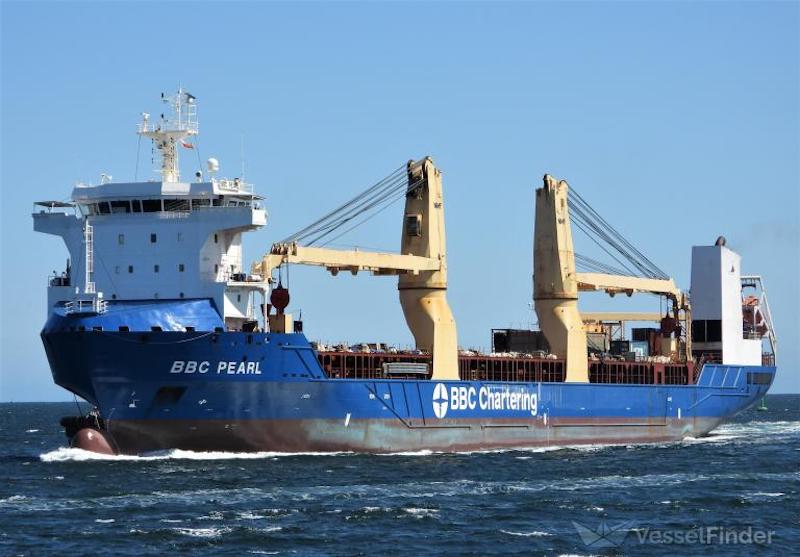 A northbound convoy approached at about 08:00, passing the Alexander on its outboard (port) side. The first two vessels passed without incident at about 08:18 to 08:30.

The 14,000 teu container ship Falcon then approached and the Suez Canal pilots on the bridge remarked upon the narrow width of the waterway available to pass safely. A conversation on the bridge followed during which the two pilots expressed concern that the Alexander would be torn loose from its moorings and that this was an unsafe passage Despite their concerns, they did not share their apprehension with the Falcon’s master. Neither did they slow the Falcon down until a VTS operator called and asked them to reduce speed. At 08:40 the Falcon slipped by the Alexander, close aboard and making about five knots over ground.

However, the Alexander was pulled away from the bank by Falcon’s passing, and surged aft. It parted its two stern lines and drifted out away from the bollards. Two nearby tugs did not stop it, and the crew’s efforts to hold on with their remaining mooring lines were not successful. By 08:51 Alexander’s hull had fully spanned the width of the navigable channel

The next ship in the convoy, the 9,000 teu NYK Orpheus, now approached the Alexander. Its pilots spotted the danger and issued increasingly drastic orders, culminating at 08:50:50 with the order to crash astern. Unfortunately this failed to halt the advance of the Orpheus. At 08:52:30 the ship’s bulbous bow penetrated Alexander’s port side in the No 5 hold and the No 4 ballast tank. The full astern order for the Orpheus remained in effect, causing it immediately to pull back out its bulbous bow.

Justice Andrew Baker concluded that there was no evidence that the crew of the Alexander had moved to double up the mooring lines when the convoy approached. This, he said, put Alexander at fault. Although there was no conventional mooring arrangement that would be ideal under the circumstances, “it was negligent of Alexander not to moor herself as securely as reasonably she could, by putting out the additional four lines required,” Justice Baker said.
He also found that Falcon came into the passing event at a speed that was one knot too fast, increasing interaction effects and raising the likelihood that Alexander would be affected. Based on post-casualty modelling, if it had been going at 5.5 knots instead of 7.0 knots, the incident might not have happened,.
Justice Baker also found that the Orpheus was travelling too quickly as it approached the place of the accident. Although it pulled back, it took a minute and a half to order astern propulsion, and at that point it was no more than a ship’s length from the Alexander. “Orpheus was proceeding with significantly excessive speed, leaving it too late in her progress towards Alexander’s position before slowing for the pass,” he found.

Baker apportioned the blame equally between Orpheus and Alexander, with a smaller share for Falcon (a ratio of 5:5:2, respectively).

He also noted a troubling pattern in interactions between masters and pilots. “If what I saw in the evidence is typical of how Suez Canal pilots interact with the officers of the ships they are piloting through the Canal, and how at least on some ships those officers may be induced into passivity as a result, there is some cause for concern that there are other accidents waiting to happen in the Canal if unusual circumstances arise”.

This narrow section of the Suez Canal is currently being widened, as a response to the grounding of the Ever Given less than a year later.