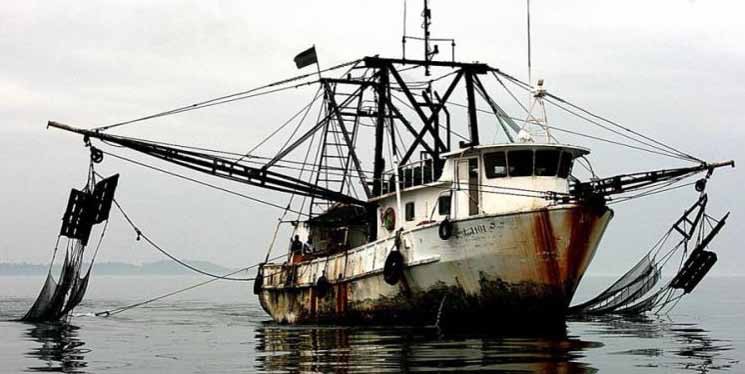 China’s fishing activities from January to May 31, 2022, near the exclusive economic zones of Ecuador, Peru, and Argentina, were four times greater than those of all other countries combined that fish in the same areas, an investigative report from The New York Times indicated. In contrast, in all of 2021, the Chinese fishing fleet spent an equal amount of time, nearly 400,000 hours, fishing in the same regions.

“It is increasingly clear that Chinese commercial fishing interests are far-reaching and have massive implications for global marine fisheries,” Dr. Marla Valentine, Illegal Fishing and Transparency Campaign manager for nongovernmental organization Oceana, dedicated to the conservation of the world’s oceans, told Diálogo on October 22. “Their activities off the coast of South America is just one example of how unregulated distant-water fleets can remove large amounts of marine resources in a relatively short period of time.” Over the past two decades China has built the world’s largest deep- sea fishing fleet, with nearly 3,000 vessels. Having depleted the fish in its own waters, China now fishes in any ocean worldwide, and on a scale that dwarfs some countries’ entire fleets near their own waters, The New York Times reported

The Chinese fleet is linked to illegal, unreported, and unregulated (IUU) fishing and other illegal activities, including encroachment into other countries’ territorial waters, labor abuses, and the capture of endangered species, the newspaper reported. The scale with which the Chinese fleet operates is made possible by state-owned refrigerated cargo vessels, such as the Hai Feng 718, owned by the China National Fisheries Corporation. These vessels serve as holds and carry fuel and supplies to the fishing fleet, which unloads its catch and resupplies on the high seas. Fleet vessels do not need to return to port and can fish almost continuously, the New York Times added.

“Chinese fishing accounts for 40 percent of the world’s fishing effort,” Valentine said to chart the magnitude of the damage from the Chinese fleet. “The country’s visible fishing fleet alone [which vessels transmit their position with the Automatic Identification System or AIS], fished for three years for more than 47 million hours worldwide, with active fishing vessels that can reach 17,000 in a year.”

As part of their modus operandi, in 2021 Chinese-flagged fishing vessels made unregulated transshipments off the coast of Argentina, extending their stay, Insight Crime, an organization that studies organized crime in Latin America and the Caribbean, indicated. “Unregulated transshipments [are] a controversial practice of transferring catch onto a mother ship that allows vessels to launder illegally caught fish,” the organization said, adding that the practice depletes fishing stock.

“Chinese vessels are permanently active off the coasts of South America and move seasonally. From January to April they concentrate on the coasts of Argentina and Uruguay; from May to September mainly in the waters of Ecuador, Peru, and Chile,” Valentine said. “The fleet’s objective is mainly to pursue squid stocks with jigging vessels and bottom trawlers, which also get hake, prawns, and grenadier fish.”

“Maintenance of the Chinese fleet is only profitable because it operates through several subsidies: the one given by the Chinese government for fuel, to build the vessels, and to offer support with satellite technology and intelligence information to avoid controls,” Milko Schvartzman, an Argentine marine conservation expert and member of the NGO Círculo de Políticas Ambientales told Argentine news site Infobae. “In addition to the semi-slave work of crews of Indonesian, Filipino, and African origin who suffer various types of abuse, there is also non-compliance with environmental, labor, or navigational safety standards.”

Although China has vowed to trim government subsidies to fishing companies, and by the same token to vessels that engage in IUU fishing, some experts are skeptical. “It’s a no-brainer and it’s a welcome announcement, but it doesn’t mean any changes in reality,” Schvartzman said. For Oceana, it is essential that governments and regional fisheries management organizations require the continued use of tamper-protected AIS devices on all fishing vessels, warning that such monitoring is key to the transparency and public accountability of global fishing operations. “[AIS] improve maritime safety, help combat illegal fishing and increase compliance with laws and regulations [...]. Governments should promote a culture of transparency by publicly sharing location data and disclosing fishing authorizations to the public,” Valentine concluded.