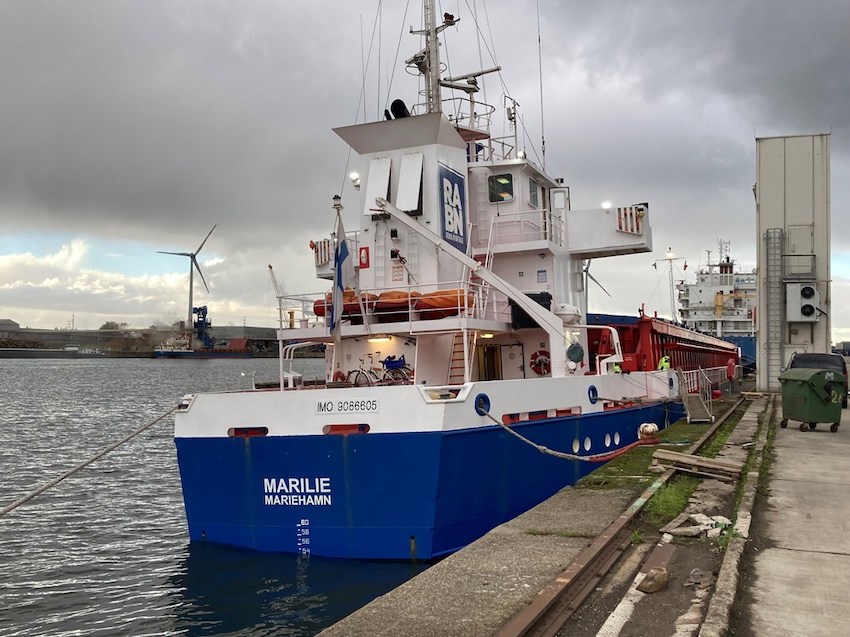 From now on, JuiSea Shipping will operate a regular shipping service from Ghent in North Sea Port for the export of orange juice to the United Kingdom. North Sea Port thus manages to strengthen its position as a foodport.

JuiSea Shipping is a collaboration of Refresco and Trilobes, both with headquarters in the Netherlands. The orange juice will be loaded on board the 89-metre vessel 'MV Marilie' in Ghent at Louis Dreyfus Company and Citrosuco. Chartered by JuiSea Shipping, this vessel will sail between Ghent and the port of Portland, United Kingdom, 32 times a year, where it will be offloaded at Refresco's Bridgwater plant. The vessel, sailing under the Finnish flag, will carry both concentrates of orange juice and fresh orange juice.

Global Players
For the import and export of orange juice, North Sea Port is home to companies from all over the world. The Refresco Group is the world's largest independent bottler of soft drinks and fruit juices. It operates with over 10,000 employees at more than 60 production sites in twelve countries. Trilobes specialises in tank construction, terminals and ship cargo systems for liquid bulk. It operates on all continents, for example in Brazil, Belgium and Japan.